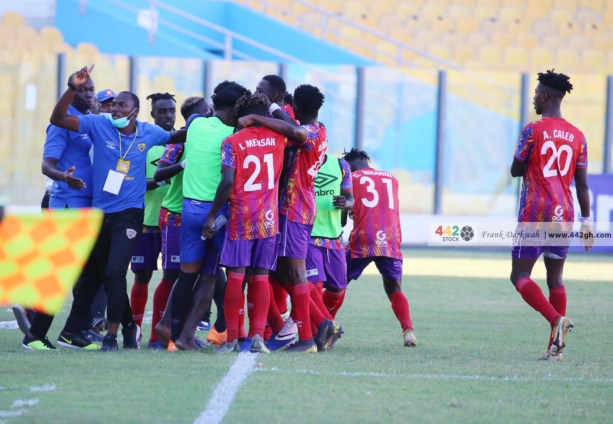 Hearts of Oak coach, Samuel Boadu has expressed his disappointment with the way his side ended the 2021/22 Ghana Premier League campaign.

The Phobians suffered a heavy 4-1 defeat at the hands of relegation-threatened Real Tamale United at the Accra Sports Stadium on Sunday.

Before that, Hearts had failed to register a win in their last four matches – losing to Great Olympics, Eleven Wonders, King Faisal and drawing with Karela United.

They have conceded 11 goals in the aforementioned games which leaves them in the sixth position with 48 points.

“Really, really bad, I don’t know what to say. I think that we made a lot of mistakes during this match and we have a lot of work to do,” Boadu said following the defeat to RTU.

Hearts of Oak have the chance to salvage their season as they come up against Bechem United in the FA Cup final at the Baba Yara Stadium in Kumasi on June 26, 2022.