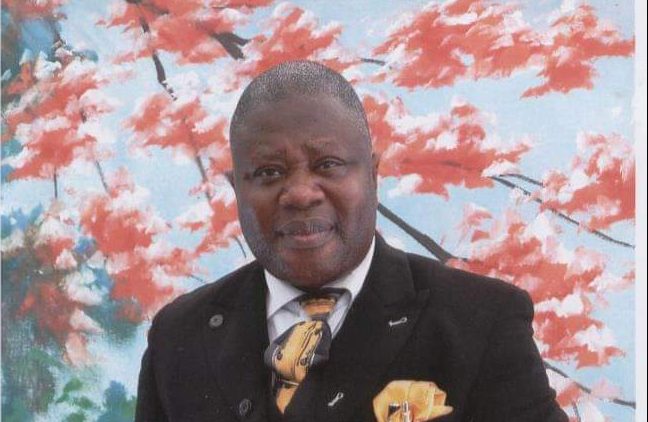 A candidate in legislative drafting at the Athabasca University in Canada, Seth Awuku has likened the sanctions for criminal offences in Ghana to that of the Old Testament.

According to him, the sanctions, as captured in section 294 of the criminal procedure code are ‘vengeful’ and ‘retributive’; having the form of ‘an eye for an eye’ and ‘a tooth for a tooth’.

Speaking in an interview with Samson Lardy Anyenini on The Law on Sunday, he therefore advocated for the sanctions for criminal offences to be revised from its current form to a utilitarian approach.

Making reference to section 294 of Ghana’s criminal procedure, he said: “If you look at the language there, you can see that the theory, the philosophical foundation of such an approach is that it is retributive.

That is it is revengeful; kind of ‘an eye for an eye’, a ‘tooth for a tooth’; an Old Testament approach to handling offence or crime. Even the Bible has moved from the Old Testament into the New Testament. And that is why we have to come into what is called the ‘utilitarian theory of philosophy of punishment’ “.

Mr. Awuku made these remarks while expressing his views on the need for Ghana to consider community sentencing as an alternative form of punishment for criminals.

In that regard, he underscored the relevance of community sentencing and backed the calls for it to be considered as a more viable option in transforming citizens who break the law.

Making reference to the proponents of utilitarianism, he explained that the community sentencing, which is embedded in utilitarianism will serve the interest of society better than the custodial regime of dealing with offenders.

This is because, unlike other philosophical underpinnings, utilitarianism focuses on the ‘greater good’.

And unless our political leader and actors really understand this utilitarian approach to building a good society in reforming our citizenry, especially when they offend in society, we will still be in the old school”, he admonished.

Citing the case of Canada, he went ahead to say that the punishment meted out to offenders must be proportionate to the gravity of the offences they commit; thus making a case for community sentencing.

Community sentencing has been on list of policy makers in recent times; with many calling for it to be fully incorporated into Ghana’s justice system.

In a related development, Seth Awuku also urged the Police to desist from parading the identities and other vital details of suspects to the general public.

According to him, this may prejudice the work of the court and also cause damages to the suspects involved.

He explained that when public opinion is tilted against suspects, their innocence may even be affected.

“I think the police must do everything reasonable to ensure that they do not prejudice the rights of the accused or matters are brought in the public domain which is likely to affect his right to a fair trial in our democracy.

More often than not there are leakages for purposes of trying to score, especially if the matter is a political case, and that significantly affects the rights of accused and potentially a fair trial. So I think the police and media, in particular, must be circumspect in this respect to ensure that they have a fair trial and the rights of the accused are not abused”.

He added that, “until a court of competent jurisdiction has pronounced that he [a suspect] is guilty, he is still presumed to be innocent. A charge in itself is not enough for a person to be presumed guilty.

It is only the court after listening to all the evidence, witnesses documentary or otherwise that the court can reasonably come to the conclusion that this person is guilty or innocent”.