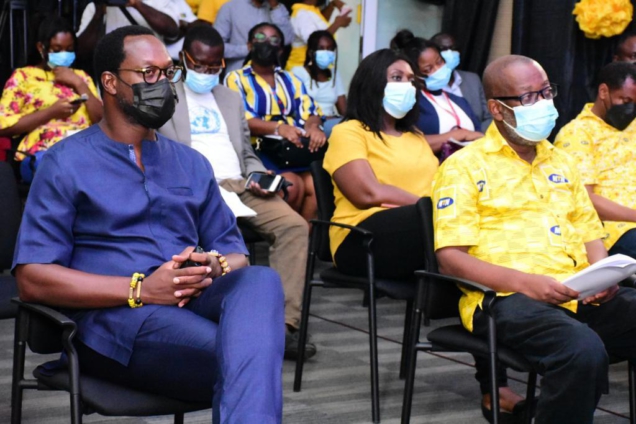 The MTN Ghana Foundation has launched the sixth edition of its flagship MTN Heroes of Change programme at a brief event at the MTN House in Accra.

The sixth edition, which is dubbed “Special 25th Anniversary Edition” is set to reward individuals and institutions who have made significant impact in the fight against the COVID-19 pandemic in the country in the three focus areas of the MTN Ghana Foundation which are Health, Education and Economic Empowerment.

From 23rd February to 7th April 2022 members of the general public are invited to  nominate COVID-19 heroes from their communities. The nominations will then be pruned to 10 and the stories of these 10 will be filmed and featured in a 13-week television show.

A total of 200,000 has been set aside to reward  the final 10 heores  which means that all ten (10) finalists will receive a cash prize of GHS 20,000, a certificate, and a citation alongside the visibility on TV and social media channels.  Nominations can be made at www.heroes.mtn.com.gh.

Performing the launch, the Board Chairman of the MTN Ghana Foundation, Prof Franklyn Manu said,  “In the area of Education, we will be looking out for individuals and organizations that showed innovation in educating people about COVID or ensuring that students were kept meaningfully engaged/educated throughout the period of the pandemic.

A three-member panel has been selected to oversee the MTN Hero of Change project. They are Rev. Albert Ocran, an international motivational speaker, Mr Sydney Casely-Hayford, a business and financial analyst and Oheneyire Gifty Anti, a renowned Ghanaian journalist, broadcaster and gender advocate MTN Heroes of Change was launched in July 2013 with the aim of identifying and recognizing selfless people who continue to sacrifice their time and resources to improve their communities and brighten lives.

Since its inception, 50 heroes have been recognized and awarded for their contributions to society with 5 emerging as the overall Heroes of Change winners As a result of its impact, MTN Heroes of Change has won several awards which include 2016 IPR Best Community Relations Programme of the Year and CSR Program of the Year 2015 by the Head of State Awards (HoSA) Scheme.

DISCLAIMER: The Views, Comments, Opinions, Contributions and Statements made by Readers and Contributors on this platform do not necessarily represent the views or policy of Multimedia Group Limited.
Tags:
Covid-19 heroes
MTN Heroes of Change