Secret is in the figures 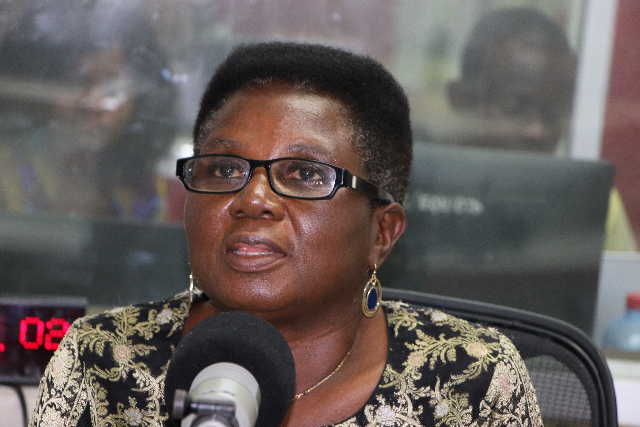 I have always felt and said that Economists are a breed apart. Every time you hear or read a budget statement by a Minister of Finance, you get even more convinced that economists are a special breed.

When you hear or read what other economists have to say on any budget or financial statement, you get even more convinced that these people are, without doubt, a breed apart. These are the people in whose world, nothing is ever straightforward. Everything is on the one hand and on the other hand, and you can never get two of them to agree on anything.

I was holding back on this theory of mine and then I discovered that far from it being original or vaguely disparaging, economists themselves define themselves as such.

Here is a definition I found written by an economist: “Economists see the world through a different lens than anthropologists, biologists, classicists, or practitioners of any other discipline. They analyse issues and problems with economic theories that are based on particular assumptions about human behaviour, that are different than the assumptions an anthropologist or psychologist might use.” In other words, they see the world differently from the rest of us.

On reflection, I suspect this definition can be applied to any other group of professionals. It certainly defines lawyers who also seem to see the world differently from the rest of us.

They, like economists, tend to use language in the most peculiar manner and it is very rare that you would find two of them agreeing on any one thing. Indeed, the entire legal profession seems to have been constructed on the basis of finding two or three different interpretations to any one sentence and make fortunes out of obfuscating otherwise simple things.

In his mid-year review statement to Parliament on Monday, the Finance Minister Ken Ofori-Atta spent a long time explaining to us how we got into the huge energy debts that are undermining our efforts to develop rapidly. He has introduced firmly into the Ghanaian lexicon, the phenomenon of pay-or-take contracts.

I listened very carefully to his explanations and I have also tried to read up on the subject and I have come to the conclusion that only economists and lawyers can dream up such a scam and give it a name like pay-or-take. I cannot understand why pay-or-take should mean that the buyer is obliged to pay even if he doesn’t take the goods being offered.

According to the minister, the Energy Commission says our installed capacity of 5,083 MW is almost double our peak demand of around 2,700 MW and 2,300 MW of this installed capacity is contracted on a take-or-pay basis. We are, therefore, paying for this excess capacity which we do not consume.

As I tried to make sense of it all, I heard Mr Seth Terkper, Mr Ofori-Atta’s immediate predecessor, join the fray.

There is nothing new about the announcement that the government had determined to renegotiate these pay-or-take contracts because, according to him, the government in which he served, the one that had signed up to all these strange contracts, had already made arrangements to do the very same thing, ie, renegotiate the contracts and it was only because of the usual delays that they hadn’t done so.

You have to be an economist to work this one out. Right up to the last day in which they left office, the NDC government was signing up to these pay-or-take contracts; so when did they realise they were not sustainable and, therefore, should be renegotiated?

The problem is that you cannot win these arguments with economists, if you are able to point out that their language is higgledy-piggledy, they would turn to figures to confuse you the more. The truth is that you cannot argue with figures. For as long as the economists have the figures, the rest of us have to accept their interpretation of the world.

I have, therefore, been a little anxious about the new policy on admissions to tertiary institutions which downplays the importance of Mathematics.

According to Prof. Kwesi Yankah, the Minister of State for Tertiary Education, candidates with D7 or E8 in Mathematics and Science who want to go to the university to do history, or a subject in Humanities and Social Sciences that will need little Mathematics would now be able to do so. He said insisting on a credit grade in Mathematics and Science for such students was unjust and discriminates against students from less endowed homes and institutions where it is an exception rather than a rule to get credit passes in all subjects.

Professor Yankah is quoted as: “let us encourage those who are aiming at mathematical sciences or engineering and insist that they get credit passes before they move on. But let us not insist on credit for those whose future studies have very little to do with mathematics”.

It took me a while to come to this conclusion but I am now convinced that there is nothing you can do in this life without Mathematics.

Even if you are going to do History or any subject that does not look like needing Mathematics, you would need mathematics in real life.

We should not be trying to make it easier for people to avoid Mathematics or propagate the idea that there are subjects that do not require Mathematics. It is not okay to try to go through life without Mathematics or with the barest pass possible.

Many of the problems we have stem from the fact that most of us do not have any grasp of Mathematics and Science. We have a problem with the teaching of Mathematics in this country, and we should try and demystify and popularise it rather than seek paths by which young people can avoid it.

All these strange contracts that emerge with absurd sounding names, happen only because the negotiators know most of us cannot understand the fancy words and confusing figures.

If enough of us have a firm grasp on Mathematics, nobody will bamboozle us with pay-or-take nor with pay-and-take, nor with pay-plus-take. They will try but we shall be able to look at the figures and say NO!

You would have noticed that when the Finance Minister went to the Scriptures for a quotation to support his point, he chose something with figures and Mathematics, he referred to two fishes and five loaves.

DISCLAIMER: The Views, Comments, Opinions, Contributions and Statements made by Readers and Contributors on this platform do not necessarily represent the views or policy of Multimedia Group Limited.
Tags:
Economics
Financial Secrets
Ken Ofori Atta
Seth Terkper