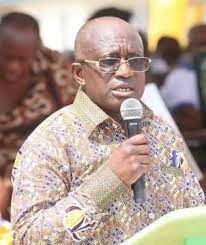 The Ashanti Regional Security Council says the security agencies remain on high alert to combat any act of terrorism in the jurisdiction.

Chairman of the Council, Simon Osei Mensah, says the security services have been engaged in a series of exercises in readiness to protect the country against violent extremism.

“We have witnessed the activities and we have no doubt that with the professionalism with which you undertook the exercise, you can stand any force no matter what”, he emphasized.

Mr. Osei Mensah added, “on behalf of the Regional Executive Council, Asantehene and the chiefs and people of the Region, we give you our appreciation. We have had several security threats and in all, you have come out very successful”.

Threats of violent extremism and terrorism have heightened in the past few years.

Some countries in the West African sub-region have fallen victim to such attacks, putting Ghana in a vulnerable position.

In readiness to combat any threat, the security agencies have concluded a four-day annual training at Ejura in the Ashanti Region, themed “Exercise Flaming Spears”.

The four-day simulation exercise undertaken by the military with support from other security agencies is aimed at dealing with members of terrorist groups who have infiltrated the country.

The first of the exercise took the military to Ejura where the security agencies moved in to deal with some aggressive terrorists in a demonstration.

Earlier, the National Investigation Bureau had discovered a large quantity of AK 47 ammunition at a scrapyard.

Various rescue missions were undertaken in Obuasi and Agogo as part of the exercise.

The last of the exercises was undertaken at the Kumasi Airport where the group had planned to extend their activities.

DISCLAIMER: The Views, Comments, Opinions, Contributions and Statements made by Readers and Contributors on this platform do not necessarily represent the views or policy of Multimedia Group Limited.
Tags:
Ashanti Regional Minister
Security
Simon Osei Mensah