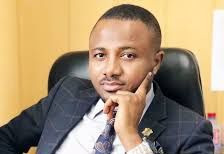 Security Analyst, Adib Saani has criticised the National Security Ministry for appointing ambassadors for the ‘See Something, Say Something’ terrorism awareness campaign.

He contended that the appointment of ambassadors does not show any seriousness with regard to measures being taken by government to protect its citizenry against any terrorist attack.

The National Security Ministry on May 24, launched the citizen awareness campaign dubbed, ‘See Something, Say Something’ and subsequently appointed ambassadors, including gospel singer, Empress Gifty to champion the campaign.

But Mr. Saani has issues with that. He opined that security matters are serious issues that shouldn’t be treated like Ghana Music Awards.

“I have a problem with how government is running the ‘See Something, Say Something’ campaign. This is not Ghana Music Awards and Ambassador matters. This is serious business. Collaborate with Civil Society Organizations (CSO) who are well grounded and already dealing with the people in the hinterlands, because the people know them and understand them. It is technical and appointing ambassadors does not show any seriousness on the part of our preparedness to safeguard the country against any terrorist attack. It’s a joke and this is serious business,” he said.

According to Adib Saani, money allocated to the ambassadors should rather be given to CSOs who are already grounded at the border communities to undertake the task.

“That money should be given to the Civil Society Organizations who are well grounded and working already at the border communities.  Let’s go beyond social media infographics and address the issues on the ground. How many people in the hinterlands are on social media and know these ambassadors. We need to get working on the ground,” he queried.