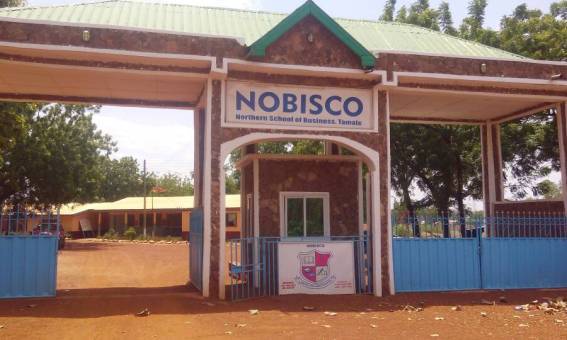 The 50-year-old security man of the Northern School of Business, Mba Wulana, who was injured after a scuffle with a final year student has passed on.

This comes less than a month after a 22-year-old student of the school, Sadat Yussif, allegedly pushed the security man, who then fell on an object and sustained a cut on the left side of his head.

The security man had been unconscious and subsequently went into coma while on admission at the hospital.

Mba Wulana also known as Abdul Raman, a sub-chief of Choggu, died on Saturday, August 8 at the Tamale Teaching hospital.

Police in the Northern Region picked up Sadat Yussif and Abubakari Huseina who were named as the students involved in the scuffle with the security man.

According to the police, the Assistant Headmaster of the school reported that the two students were seen in front of the school dining hall, at midnight, by the security man.

The report said, the female student bolted but the security man in an attempt to arrest Sadat Yussif was pushed down.

Both students were arrested to aid with investigation and Sadat was put before court. He pleaded guilty to assault charges while sentencing was deferred to August 4, 2020.

An elder brother of the deceased Alhassan Napari who spoke to JoyNews said Mba Wulana would be buried on Sunday, August 9.

The relative said Mba Wulana never regained consciousness until he passed on. He left behind six children and two wives.