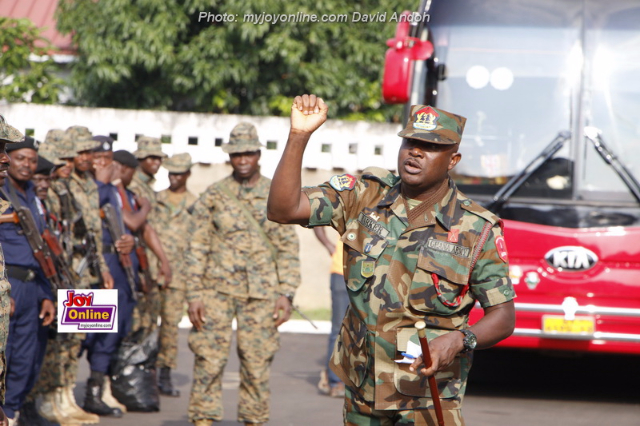 Three of the Security Personnel who sustained gunshot wounds after being ambushed by armed nomadic herdsmen in Agogo in the Ashanti Region, have been transferred to the Komfo Anokye Teaching Hospital.

The victims, who are members of the Operation Cowleg, were reportedly shot from behind after the security operatives responded to a distress call from a woman that her farm was being destroyed by herd of cattle.

The armed herdsmen believed to have taken siege in the herd of cattle, then opened fire on the security operatives who had started driving the animals away.

Myjoyonline.com is learning the officers were transferred after their condition became critical at the Agogo Presbyterian Hospital where they initially were taken for treatment.

Speaking to Joy News, a nurse at the Agogo Hospital, Emmanuel Mensah, said the transfer has become necessary due to some complications in their conditions.

“We realized that one of them who had a shot of a pallet down the throat was becoming breathless because the upper airway was becoming obstructed and the other too had sustained shots at the base of the skull which was causing bleeding and the third also had a pellet by the vertebral column so we had to refer,” he said.

He added that the fourth member of the team only suffered a shot on his shoulder which has since been dressed and he is fine.

The joint Police and Military taskforce deployed to the area has meanwhile stated they will maintain a strong presence in the area despite the incident.