Sex and sexuality in our jails: A tale of predator and prey 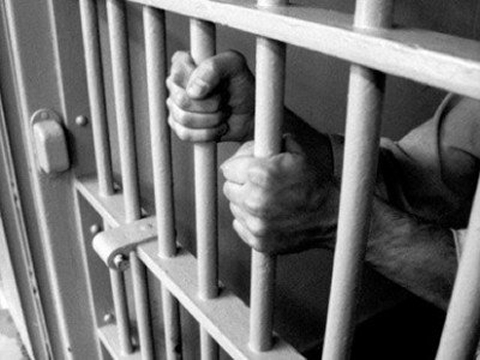 Sex plays an important role in our social lives. Apart from procreation, it brings to the participating individuals emotional and physical fulfilment required to keep them hale and hearty. A good sex life is believed to bring to the individual benefits such as lower blood pressure, reduced stress, improved mood, enhanced immune function, general fitness among others.

Sexuality, the way people express themselves sexually, is a subject which arouses diverse opinions in Ghana. This is because, the Ghanaian, traditionally, recognizes heterosexual relationships as the accepted form of sexuality. Homosexual relationships, though abhorred by the greater populace, is creeping into the Ghanaian society. Regardless the sexual orientation of an individual, sexual satisfaction remains the ultimate goal.

Prisons in Ghana house only adults, making it easy to assert that most incarcerated persons are sexually active. Among the many deprivations prisoners in Ghana endure is sex, as prison rules disallow all forms of sexual acts. Additionally, prison regulations make no provision for conjugal visits which permit spouses of incarcerated persons to spend intimate moments with their partners. Some prisoners, in the circumstance, resort to same-sex relationships to feed their sexual cravings.

How effective is the ‘no sex’ regulation?

Ghana, like other jurisdictions, house male and female prisoners in different facilities preventing any contact between the two sexes.

To alleviate the pains of imprisonment, some prisoners risk the consequences and engage in sexual acts as asserted in Erving Goffman’s 1969 work, ‘The Presentation of Self in Everyday Life’. He posited that, inmates may have to adjust their sexual practices while incarcerated by engaging in illegal methods in order to obtain certain forms of satisfaction.

The issue of same-sex relationships in our prisons is gradually becoming topical as prisons mirror the wider society. There have even been claims by some ex-convicts to the effect that same-sex relationships and rape exist in our facilities. Though most of these claims are blown out of proportion, there are certain levels of truth in them. An incident at the Ankaful Maximum Security Prison in June 2016 where a male prisoner slashed the penis of another prisoner who attempted to rape him paints a picture of how the act is viewed by a majority of prisoners. The practice, nicknamed ‘Kpee’, is treated as a taboo throughout Ghana’s prisons. That notwithstanding, there are few instances where prisoners report attempted rape by fellow prisoners to prison staff. These reports are swiftly investigated and appropriate sanctions handed to sex predators.

Who is at risk of being preyed on?

A number of inmates who have suffered sexual harassment in our jails are from poor homes and or receive little or no family support during their jail terms. Prison ration, which mostly is insufficient, becomes their only means of survival.

The overcrowding rate in our facilities stand at 52.87% with 15,203 prisoners struggling for 9,945 spaces. This gives little room for prison administrators to do a proper classification of inmates to either prevent contamination or limit the exposure of low risk prisoners to hardened ones. First offenders who find themselves in same cells as powerful recidivists are sometimes coerced to trade their bodies for sleeping spaces.

Challenges faced in the area of feeding still exist. The feeding rate of GH 1.80 per prisoner daily has stagnated for close to a decade making it almost impossible to provide three wholesome meals. The quest to keep body and soul together in some circumstances result in poor prisoners kowtowing to the pressures of their rich colleagues. Affluent prisoners in search of sexual gratification sometimes resort to these weaklings as the provision of food and other necessities, sometimes, is more than enough to lure them into same-sex relationships.

Prison staff mostly have difficulty in detecting these relationships since most sex offenders employ coercive and non-violent tactics to win over partners. Additionally, prisoners often underreport overtures for fear of being labeled as informants or becoming subjects of physical abuse.

Are conjugal visits the way to go?

In looking for a solution to the emerging scourge of sexual relationships behind bars, conjugal visits come to mind. The system, which runs in some prisons around the world, permits prisoners to host their spouses in specially built quarters for specific periods. The key to these special quarters, in most cases, is good conduct. Apart from the emotional and physical need of sex that the system presents, prison authorities use it as a bait to enforce prisoner discipline.

Ghana’s prison system in my estimation, is still some miles away from being ripe for such an intervention.

Deficiencies as regards feeding, overcrowding, inadequate reformation and rehabilitation modules and others that the Service currently endures need to be given needed attention as they together possess, though indirectly, an antidote to fighting sex predators.

The fact is, if prisons are not resourced to correct the offending behaviours of prisoners, they are sure to return to haunt society. This confirms the saying of Marquis de Sade, a French author, that “any punishment that does not correct is a piece of gratuitous infamy which makes those who impose it more guilty in the eyes of humanity, a hundred times more guilty than the victim on whom the punishment is inflicted.”