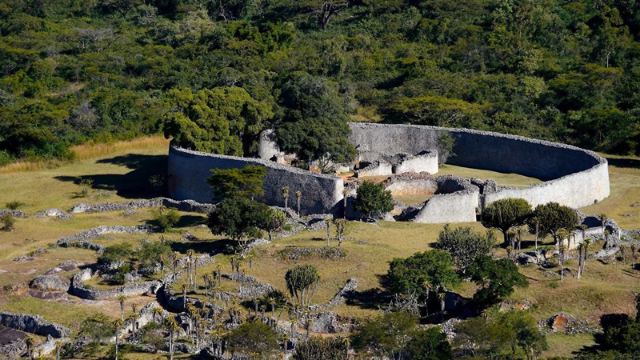 A spoonful of the sex-enhancing powdered herb ground from the tree’s roots is sold for only $1 in the Shona Village.

As if we needed more reasons to go to the Great Zimbabwe, news is there is a new draw card worth a king’s ransom. In fact, to say ‘new’ would be inaccurate but it is an ancient valuable with the ability to restore the present world’s virility (literally). If stone walls with no mortar do not interest you, go to the Great Zimbabwe ruins to oil up your machine and enhance your sex life. On a mystical hill in the stone walls of the ancient city is an aphrodisiac that serviced a king with 200 wives; surely it can service you!

Great Zimbabwe is a medieval city in the south-eastern hills of Zimbabwe near Lake Mutirikwe and the town of Masvingo. It was the capital of the Kingdom of Zimbabwe during the country's Late Iron Age.

A long time back, the Great Zimbabwe’s premier was a king with 200 satisfied wives. The secret to his abilities lay beyond the narrow passages and steep ascent to the King’s Mountain (also known as the Hill Complex). It was the Muchemedzambuya tree, vernacular for “make a grandmother cry in bed”. It was a very potent aphrodisiac which kept 200 women crying in bed. The king and his wives died but Muchemedzambuya did not.

Hundreds of years later, bedroom walls all over the world keep secrets of modern women who have been crying in the wake of Muchemedzambuya’s effects. Zimbabwean weekly newspaper, The Standard reports that officials at the Great Zimbabwe ruins confirmed to the publication that tourists were flocking to the site “to lay their hands on a herb renowned for its sex-enhancing properties”. A spoonful of a powdered herb ground from the tree’s roots is sold for $1 in the Shona Village.

Tour guide, Tichatonga Nhutsve said, “The story of the Great Zimbabwe is not complete without the mention of Muchemedzambuya. The royal family was polygamous and that time having many children was a status symbol. So, as part of pledging their loyalty, provincial chiefs would send virgins to the king. But then, what use was it to have so many wives when you produced few children?” Nhutsve then explained that, “The root of this tree made their seed very powerful; hence they could bear many children.”

The Standard also spoke to Mbuya Mujena, a traditional healer who spoke the facts everyone would rather leave unsaid. She said, “We may not want to talk about it, but today’s men are weak. They have no power in the bedroom and their women feel very disappointed by their performance.” She prescribed just half a teaspoon of good old Muchemedzambuya to restore the smile on women’s faces. She, however, also had a mouthful for the ladies: “There are women whose bodies are as cold as snakes. That obviously won’t help in stimulating their men. So we give them Muchemedzasekuru (make a grandfather cry). They put it in porridge or tea without milk and this helps a lot.”

An unidentified woman on YouTube is also seen telling men that “You must not go jobo jobo as if you are taking some ants out of an anthill. You must show and prove that you are man enough!” As a solution, she says she sells a number of aphrodisiac and what do you know? Muchemedzambuya is a part of that list and she even included it in her “razor-wire” list of extremely potent aphrodisiacs.

When do you plan to go to Great Zimbabwe? If you had not considered it, you better start now. A king’s treasure awaits and your partner will thank you for it. The Standard reports that visits to the village have increased by 100% from foreign tourists and 90% from locals.