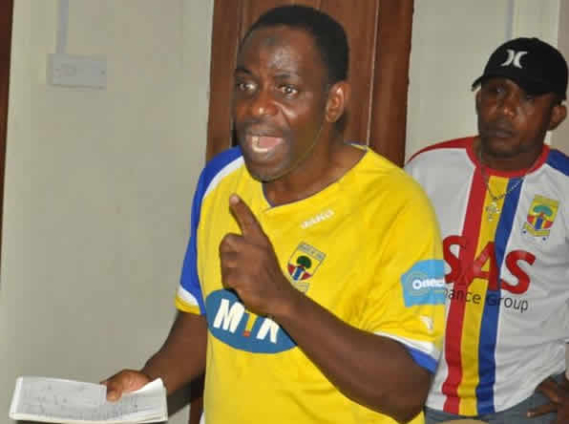 A former player and coach of the Accra Hearts of Oak, Mohamed Ahmed Polo has called on the current players to show retired players some respect since they have also sacrificed for the nation.

“It is sad the likes of Tony Baffoe, Samuel Osei Kufour and that generation of players does not show respect to those of us in the Retired National Footballers Association of Ghana (RENFAG).

“On many occasions, they have shown us disrespect and i am not enthused about it. Can they compare what we have done for the nation to theirs?” Polo quizzed.

According to Polo, he was unhappy with Samuel Osei Kufour’s conduct recently when he denied Alhaji Ibrahim Sunday the opportunity to speak by snatching the microphone from the legend.

“These are players who should accord us the needed respect because we have won trophies for the name and projected the name of Ghana higher than me,” – he added.

Polo said members of the Professional Footballers Association of Ghana (PFAG) have asked them to join them to be recognised and described the call as disrespectful and out of place.

Polo, was also a former member of the senior national team the Black Stars that won the 1978 Africa Cup of Nations (AFCON) hosted by Ghana.

He is considered as one of the legends of Accra Hearts of Oak and Ghana.