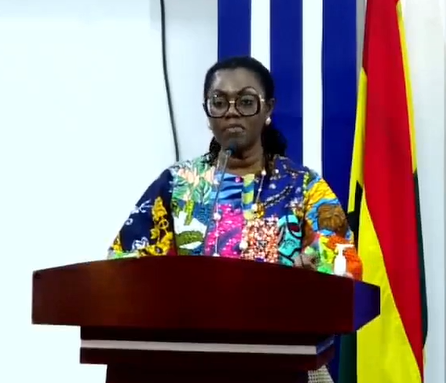 The SIM card re-registration exercise has been extended to September 30, 2022.

Many people have been struggling to re-register their SIM cards as required by the Ministry of Communication and Digitalisation. The Exercise was scheduled to end on Sunday, July 31, 2022.

However, speaking at a press briefing on Sunday, the Communications and Digitalisation Minister, Ursula Owusu-Ekuful, said the extension followed consultations with industry stakeholders.

“Upon consultation with the industry and in view of the challenges enumerated above, I have very reluctantly decided to grant a conditional extension. The programme will be extended to 30th September to end on the anniversary of its commencement.”

“That will give us one full year of SIM registration. It will be reviewed at the end of this month and any SIM that has not been fully registered by the end of August will be barred from receiving certain services including voice and data services,” she said.

The Minister noted that despite the challenges with the Ghana Card – long queues among others – many Ghanaians failed to register their SIMs after the deadline was extended.

Thus, this extension of the deadline is the final one.

“The statistics indicate that there was a 90% drop in SIM reregistration, as soon as the first deadline was extended on 21st March. Until a week ago there were no queues, people started going to register when they realised that the deadline was imminent after going to sleep.”

“The mobile network operators, NCA, and the NIA have all engaged additional staff, procured the necessary logistics and are incurring significant expenses to conduct this exercise successfully, any extension of the process increases their cost,” she added.

This comes after many Ghanaians besieged telecommunication outlets across the country in a desperate attempt to register their SIM cards ahead of the second deadline on Sunday, July 31.

In an analysis by JoyNews, about 7.9m Ghanaians were expected to lose SIM cards by the deadline.

According to data contained in the 2021 Population and Housing Census, there are 19.9 million Ghanaians who are 15 years and older.

Out of this, only 15.7 million of them have been able to obtain their Ghana Card per the information given by the Finance Minister during the presentation of the 2022 mid-year budget review.

Of the 19.9 million, just 12 million, according to the Minister of Communications and Digitisation, have been able to fully register their SIM cards.

People called on the government and the Communications Ministry to extend the deadline of the SIM card re-registration exercise.

Meanwhile, the Communications Minister has announced that a self sim registration app will be launched next week to help people register in the comfort of their homes.

DISCLAIMER: The Views, Comments, Opinions, Contributions and Statements made by Readers and Contributors on this platform do not necessarily represent the views or policy of Multimedia Group Limited.
Tags:
sim re-registration