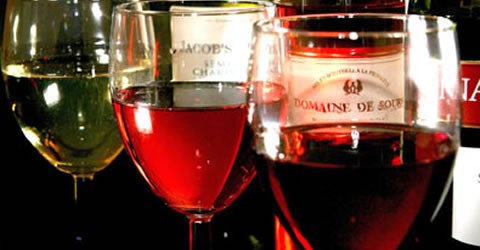 Cheap wine drinkers, today is your day. In a new video, Vox had 19 people drink three glasses of wine made from the same kind of grapes but sold at different price points. Their very important question: Does wine actually get better as it gets more expensive? 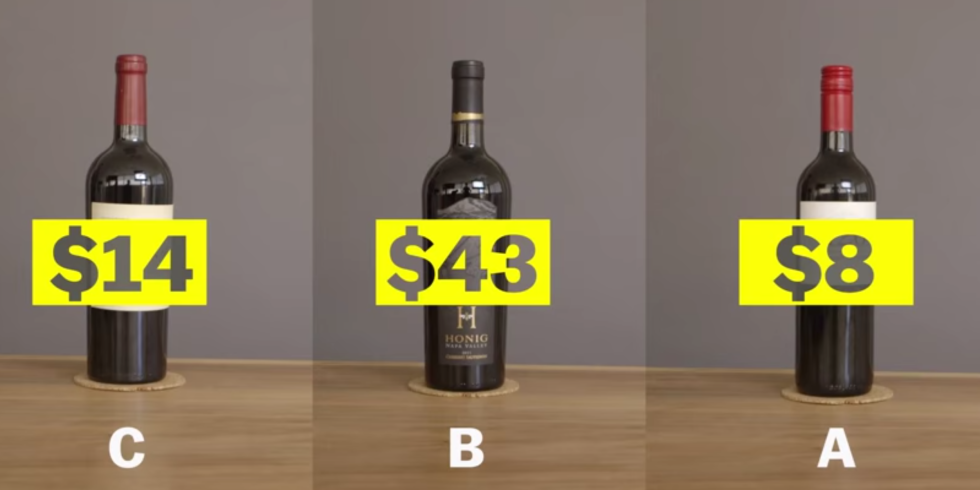 The wines tasted were listed at $43, $14, and $8. Almost half the tasters were able to identify the most expensive bottle — but not for the obvious reason. The reason it was easily identified was because it was the least enjoyable. Least!

It turns out, the $43 and $8 bottle were ranked around the same in taste and the $14 bottle was ranked as the best. One tester said, "I'm glad I have cheap taste. This is going to make my life really easy."

These Vox testers aren't the first to realize cheap wine isn't any less worthy than expensive wine though. The video mentions a 2008 study of 6,000 blind taste testings that also sided with cheaper wine. The results found that unless a taster was an expert, people typically preferred less expensive wine.

The Vox video also mentions an Australian study that found that people ranked the same exact wine higher when they thought that it was $53. What's even worse is that the pretend $53 bottle had tartaric acid added to it, making it more sour — that's how badly people want to believe expensive things should have better quality.

The takeaway? Your friends may act Very Important for drinking $50 bottles of wine, but you can be perfectly, legitimately pleased with your $12 bottle of Barefoot. Yay!