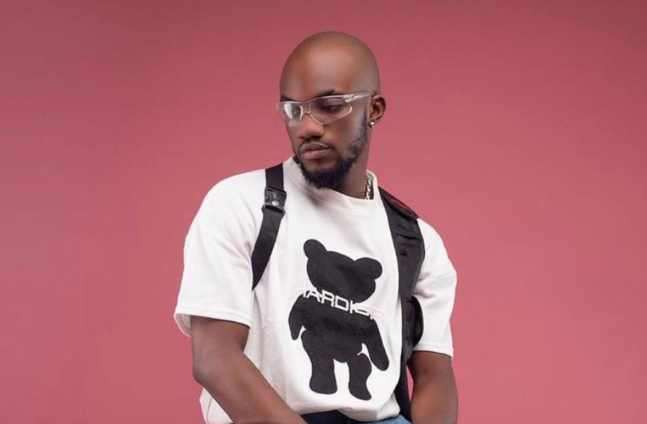 Twitter since morning has been flooded with comments and emojis praising the newly released song.

The latest song by the Highly Spiritual signee talks about love and how the heart of a beloved is shattered into pieces by a partner.

According to a section of Ghanaians on social media, the theme of the song resonates with a part of their lives when there is a loved one. This sense of feeling coupled with the creativity put in by Mr Drew they say has made the song a hit.

Pains by the fast-rising Afrobeat artiste, born, Andrew Nii Commey Otoo was produced by Beatz Vampire. The music video for Pains has also been released.

Yo @mrdrewofficial you out of this world. #PAINS to the Grammy🔥🔥🔥

Am I the only seeing this??🥺❤️ As I said, we making history already @mrdrewofficial You’ve been my favorite from the start😩🎶 #PAINS https://t.co/e5yTQT7FxR pic.twitter.com/obBRTnEzUz

ah but “Mr Drew” paa, ma woman lef me den ano de feel #PAINS till i listen the track and now the break up start de bash me pass 💔💔

Although some have described the latest song as ‘fire’, others are yearning to have a rapper featured on Pains.

The song be hard ruff. We needed a rapper on this one paaa anka ego jom plus your chorus ruff. This one de3 anka kwesi Arthur for dey top #PAINS #PAINS

At the just-ended 22nd edition of the Vodafone Ghana Music Awards, Mr Drew took home the Best New Artiste of the Year.

On the night, he dazzled his audience with great sounds as well as moves out of the world during his performance. From head to toe, the “E Choke” hitmaker portrayed some Michael Jackson moves and for others on social media, the spirit of Chris Brown was felt.

The zombie concept he employed was well received by many on social media.