Some NABCo trainees to receive allowance for Sept. and Oct. 2021 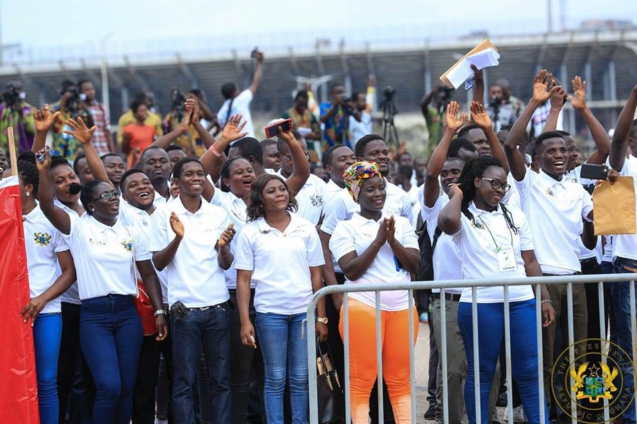 Management of the Nation Builders Corps (NABCo) has announced that the allowance arrears for Career Path Training Programme (CPTP) and Heal Ghana trainees have been processed for payment.

This covers the months of September and October 2021. Payment is expected to commence in the shortest possible time.

“Kindly note that a section of Revenue Ghana will be paid after this first batch of payments. Any arrears owed will equally be processed and paid subsequently,” a notice from NABCo Management added.

The statement comes after NABCo beneficiaries took to social media to demand payment of their three-month allowance arrears.

According to some Twitter users, life has been unbearable, a development they say has affected their standards of living and family welfare.

Some also blamed the government for abandoning them, adding that they have been “perishing in extreme hunger and deprivation.”

Personnel told to be patient

Considering the outstanding months of arrears, the Deputy Majority Leader, Alexander Afenyo-Markin, has urged calm among the personnel and assured them that government is taking steps to resolve the issue.

“If they have been on the programme for three years, two or a year, and they have been paid all these years with five months outstanding; then there is an issue, have patience.”

“I believe the government has heard them, and if we are not talking about a year or six months allowance and it is five, obviously it will be worked on, and you will be paid,” he assured.

NABCO was introduced by the Akufo-Addo-led administration in 2017 as part of measures to address graduate unemployment in the country.

DISCLAIMER: The Views, Comments, Opinions, Contributions and Statements made by Readers and Contributors on this platform do not necessarily represent the views or policy of Multimedia Group Limited.
Tags:
Nation Builders Corps (NaBCo)
Payment of allowances