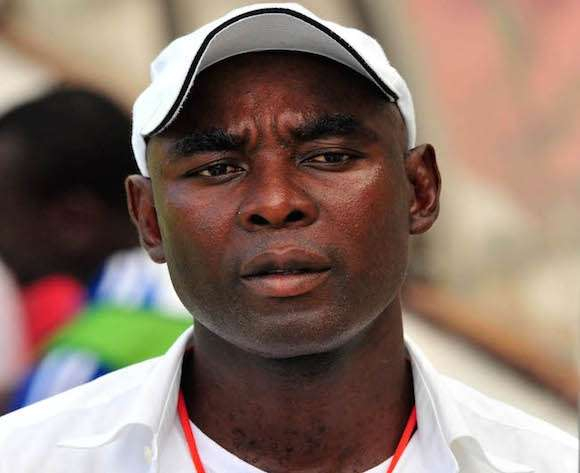 Tony Lokko is on the verge of joining beleaguered Hearts of Oak on a two-year deal, sources close to the Accra-based club say.

It is also understood that personal terms have been agreed for the former coach of Tema Youth FC and Amidaus Professionals, who was only recently fired by Kumasi Cornerstones.

However, our source says it will be tricky in deciding whether to sack current boss Herbert Addo or force him to resign. Addo, is under a lot of pressure following a streak of bad results the team has been on.

According to the source, Addo’s days at Hearts are numbered following the side’s exit from the CAF Confederation Cup and poor run in the league, where they lie 13th position.

Addo, a former Local Black Stars coach, has seen a spike in calls for his head after Hearts exited this year’s MTN FA cup after losing to 2013 champions Medeama at the weekend.

According to reports, top officials of the Phobians have held closed-door negotiations with the promising young trainer over the possibility of taking over the Hearts job.

The reports indicate that the management have initiated the negotiations for the services of Tony Lokko and they are only waiting for Togbe Afede XIV, the Board Chairman’s approval before his announcement.

This will be the second time he has been linked to the Hearts coaching job, the first being before Addo was given the hot seat.

Herbert will not go quietly

Last week, Herbert said he has no intentions of quitting the game after four decades of coaching.

“I have to go back and check my CV to see if I have achieved everything that I have wanted to achieve then I will go and rest,” he said after their 2-1 loss to Hasaacas at the Accra Sports Stadium a week ago.

“In Ghana we don’t have good retirement benefits so I have to keep on working to get something. I can retire next year. If you look at my CV, Manchester City boss Manuel Pelegrini [and I] went on the same coaching course and he is still into coaching [just] as I am.

"Sometimes you might have the right job but in a wrong country."

Hearts are staring down the barrel of relegation and face Aduana in Dormaa this weekend. Should Lokko get the deal, he would be Hearts' fifth coach in two years.