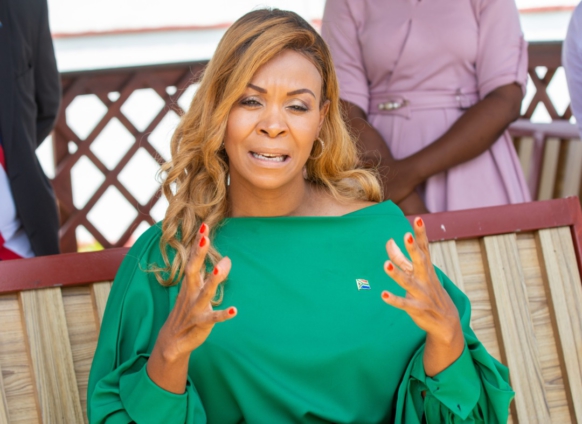 According to her, the simplest way to ensure the success of the African Continental Free Trade Area (AfCFTA), is to promote tourism among member countries.

“In the era that we are, this is the aftermath of a global pandemic and the tourism sector was hit the hardest because of the travel restrictions. This is an opportunity for all nations especially South Africa to promote tourism because it provides about 10 percent of our Gross Domestic Product (GDP). We’ve also had an initiative that we pair Ghanaian businesses with South African companies.”

“I believe should we industrialise our economies, begin to trade and also use the instrument of the African Continental Free Trade Area. AfCFTA is a pan-African payment system which gives us [Africans] an opportunity to look within, to begin to trade on traits that are uniquely African,” she said.

Speaking at the programme, Country Manager of South African Airways, Gloria Wilkinson, said her outfit’s goal is geared towards customer satisfaction, hence the airline is running a discount as it celebrates one year anniversary since it re-launched in Ghana.

“We’re counting down to one year since we re-launched our flights into Ghana and other markets. To mark our one year anniversary, we’re calling September a sweet discount month. We’re giving 20% discount on economy class for all travelling to South Africa, from 15th September to 7th October,” she announced.

One of the tour agencies partnering with South African Tourism, Pacific Tours promised exciting offers to and from South Africa.

Albert Ayeson, Operations Manager said “we have the best seller which is three nights in Cape Town and three nights in Johannesburg. This trip is packed with a lot of fun activities to make trips of our customers worthwhile as well as lunch,” he said.

DISCLAIMER: The Views, Comments, Opinions, Contributions and Statements made by Readers and Contributors on this platform do not necessarily represent the views or policy of Multimedia Group Limited.
Tags:
Grace Jeanet Mason
South Africa
South African High Commissioner to Ghana