Two prisoners have been shot dead as they tried to escape from a court in South Africa, the authorities say.

An official from the justice ministry told the South African Press Association that the prisoners, who were awaiting their hearing, apparently retrieved a firearm from a dustbin.

There was then an exchange of gunfire with officers.

The incident happened at the high court in Mthatha in the Eastern Cape province.

Mthunzi Mhaga, the justice ministry spokesman, said one prison officer was wounded in the leg during the shootout. 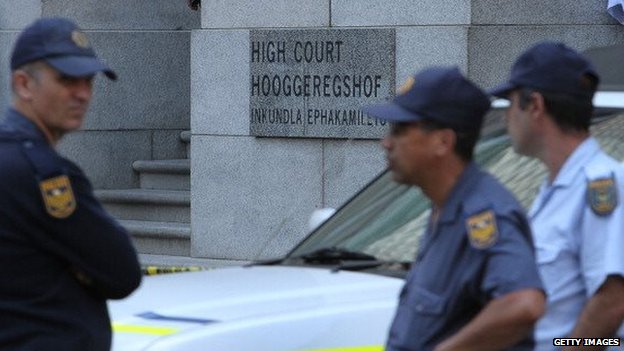 "They attempted to escape on entering the court premises," Mr Mhaga said.

After finding the gun, "there was an exchange of fire with law enforcement [officers]", he said.

He said the police were now in control and "the situation was under control".

Following recent shootings at courts in Pretoria and Cape Town, the justice minister would look at measures to beef up security in courtrooms, Mr Mhaga said.