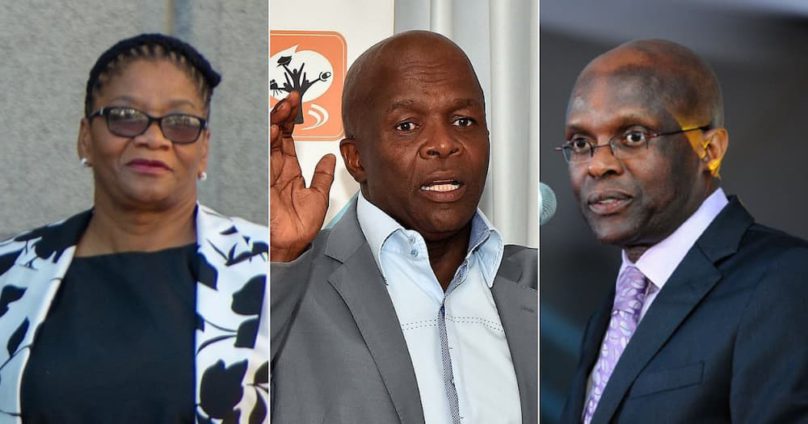 South Africa’s elite task force rescued two cabinet ministers and a deputy, after they were held hostage by war veterans demanding reparations for their role in the fight against white-minority rule.

The Liberation Struggle War Veterans, from the disbanded ANC military wing, are demanding a one-off payment of $280,000 (£203,000) for housing and medical insurance for their families.

They met Minister in the Presidency Mondli Gungubele, Defence Minister Thandi Modise and her deputy Thabang Makwetla to negotiate their demands at a hotel in the capital Pretoria last night.

The government officials were held hostage after those talks collapsed. Later, more than 50 people were arrested after attempts to negotiate for the release of the hostages failed.

The special task force, whose members wear military uniform and are trained in counter-terrorism and hostage situations, had to be called in.

Mr Gungubele said that the incident was “untenable” and “legally unacceptable”:

In the past, military veterans said they felt betrayed by the ANC government because they were never compensated for their contribution in fighting against the brutal apartheid government.

However, military veterans are given a monthly state-funded pension.

Earlier this week the group demonstrated outside the headquarters of the governing ANC, leading to an evacuation.