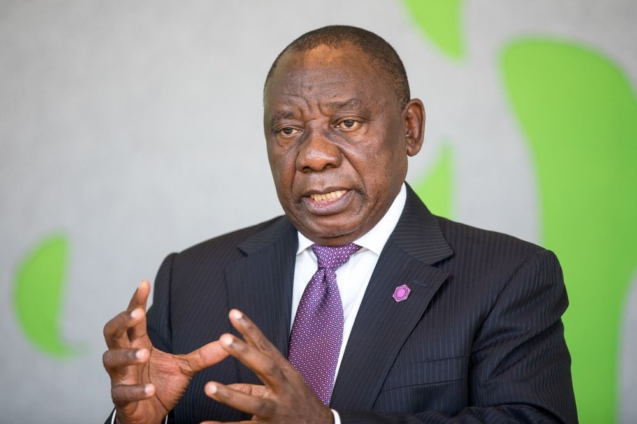 The final findings of a three-year inquiry into deep-rooted corruption in South Africa were released Wednesday, part of a roughly 5,000-page report that heavily implicated the country’s former president, Jacob Zuma, but also found fault with how current President Cyril Ramaphosa handled allegations of misconduct.

South Africa’s chief justice, Raymond Zondo, who led the judicial commission, handed over the last of the findings, bound in the colours of the South African flag, to Mr Ramaphosa in a televised event on Wednesday evening.

It was the fifth instalment published since January of the inquiry into “state capture” — the endemic corruption of public officials and enterprises that has contributed to South Africa’s economic and political troubles.

“State capture was an assault on our democracy and violated the rights of every man, woman and child in this country,” Mr Ramaphosa said on Wednesday. He said his office would develop a plan in four months to implement the report’s recommendations.

Mr Zuma features prominently in the findings. In 2016, a report by a constitutional watchdog, the public protector, looked into his relationship with the Gupta brothers, Indian-born businessmen who wielded such power that they were able to handpick cabinet ministers.

Mr Zuma began the inquiry by the judicial commission in response to the initial report, but as he lost political power, the commission added to his downfall.

His refusal to testify before it led to his arrest on contempt charges a year ago. Mr Ramaphosa and other prominent political figures appeared before the panel.

The Gupta brothers, who were arrested this month in Dubai, accumulated massive wealth during Mr Zuma’s presidency through lucrative state contracts across industries, from mining to media.

This led to the hollowing out of state-owned companies, like the national electricity supplier and the national rail company, earlier instalments of the report said.

The new report says the family used a key military air base to welcome guests flying in for a wedding and used their media company and proximity to public officials to milk the South African Broadcasting Corporation for money and influence.

Mr Zuma’s son, according to the report, became a conduit between the Guptas and the government. The report found that other high-ranking political officials also did the brothers’ bidding, often at the expense of the country’s poor.