The captain of the South Korean ferry which sank in April has been found guilty of gross negligence and sentenced to 36 years in prison.

The Sewol ferry was carrying 476 people when it went down. More than 300 died, most of them school students.

Lee Joon-seok was among 15 crew members on trial over the sinking, one of South Korea's worst maritime disasters.

Prosecutors charged him with homicide and called for the death penalty, but judges acquitted him on that charge.

Lee is in his late 60s, and he accepted in court that he would spend the rest of his days in jail, according to the BBC's Steve Evans in Gwangju.

The judges said that he was not clearly not the only person responsible for the tragedy and they accepted that his negligence did not amount to an intent to kill, our correspondent said.

Crew members did not secure cargo which moved when the vessel took a tight corner, toppling the ferry, and Lee was filmed leaving the sinking ship while many passengers remained inside.

During the trial Lee apologised for abandoning them. 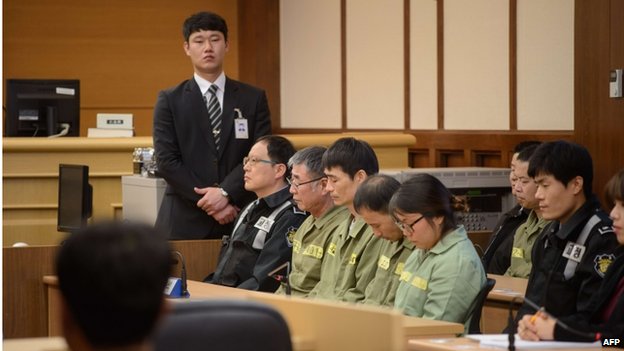 Fourteen other crew members were jailed on a raft of charges

The chief engineer of the ferry, identified by his surname Park, was found guilty of murder and jailed for 30 years.

Thirteen other crew members were given jail sentences of up to 20 years on charges including abandonment and violating maritime law.

Relatives of victims were distraught at the verdict, with some weeping, according to AFP news agency.

One woman reportedly screamed in the courtroom: "It's not fair. What about the lives of our children? They (the defendants) deserve worse than death." 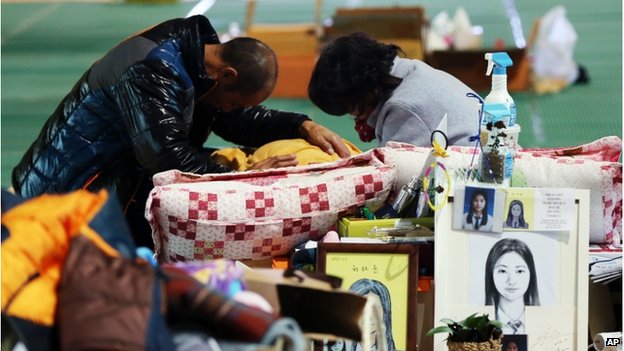 The disaster had triggered nationwide grief followed by outrage, with revelations of mismanagement by ferry operators and lapses in the emergency response.

Hours before the verdict, the South Korean government called off the search for bodies in the vessel, which sank on 16 April.

A total of 295 bodies have been retrieved by teams of divers but nine people remain unaccounted for.

The case led to severe criticism of safety standards and of the government's handling of the rescue operation.

The South Korean coast guard is due to be disbanded and replaced with a new agency after accusations that it did not act swiftly or aggressively enough to save lives.

The disaster has been blamed on a combination of illegal redesigns, the overloading of cargo and the inexperience of the crew member steering the vessel. 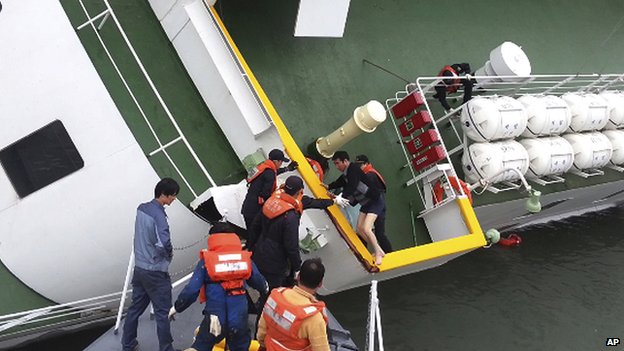 There was public fury after survivors testified that they had been told by the crew to stay put even as the boat started to sink.

At the end of the trial last month, Mr Lee said he had committed a crime for which he deserved to die – but denied that he had intended to sacrifice the lives of the passengers and asked not to be branded as a murderer.

The widespread outcry over the case had led to doubts over whether the crew would get a fair hearing.

A separate trial is taking place for employees of the firm that operated the ferry, Chonghaejin Marine Co.

The owner of the company and billionaire businessman Yoo Byung-eun disappeared after the disaster and was later found dead.

Meanwhile last week three of his relatives were jailed for embezzlement, while a French court is due to decide next month on whether to extradite Yoo's daughter on similar charges.