Speeding is a major risk factor for road crashes in Kumasi - NRSA - MyJoyOnline.com 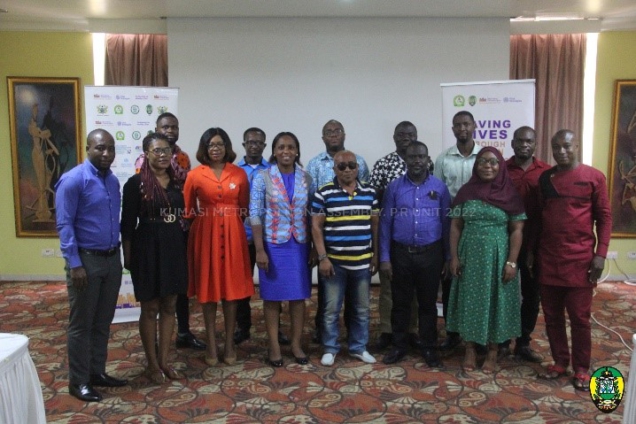 Speeding has been confirmed as the major risk factor for fatal road crashes and serious injuries in the city of Kumasi.

This confirmation was made during a one-day strategic planning meeting organized by the Bloomberg Philanthropies Initiative for Global Road Safety (BIGRS) in collaboration with the Kumasi Metropolitan Assembly (KMA) and the National Road Safety Authority (NRSA).

The strategic planning meeting was aimed at creating a platform for key stakeholders to meet and dialogue on the major risk factor for fatal road crashes and serious injuries in the city of Kumasi based on available data. This move is towards the effective planning and implementation of a national mass media campaign spearheaded by the NRSA.

Speaking at the event, the Head of the NRSA’s Ashanti Regional office, Simbiat Wiredu indicated that during the first quarter of 2022, there were 918 reported road crashes in the Ashanti Region involving 1,545 vehicles. These crashes she said resulted in 138 pedestrian knockdowns, 137 deaths and 1,048 severe to minor injuries.

The NRSA Ashanti Regional Head attributed these crashes and its related fatalities to speeding, wrongful overtaking, drink driving and jumping red lights. She was however quick to add that inadequate road furniture, inadequate pedestrian crossings, poor nature of our roads, importation of sub-standard vehicles and broken down vehicles contributed immensely to road crashes plaguing the Ashanti region.

The Regional Technical Advisor for Africa on Road Injury Surveillance, Dr. Raphael Awuah, also speaking at the event, outlined that findings from the road injury risk factor observational studies on selected corridors in Kumasi confirmed speed as responsible for 29% of crashes.

He therefore called on stakeholder organizations in Kumasi to undertake speed-focused interventions in the city to reduce speed on roads. He also indicated that the non-wearing of seatbelts by drivers within the city is at a staggering high with 75% of drivers driving without wearing their seatbelts.

Madam Mavis Obeng-Mensah, the Communication Coordinator for BIGRS Ghana explained, that there has arisen the need to undertake speeding interventions to remedy the speeding situation in Kumasi. She added that according to the World Health Organization (WHO), increase in average speed is directly related both to the likelihood of a crash occurring and the severity of the consequences of the crash.