Sputnik vaccine procurement: We are a fact-finding committee – Bernard Ahiafor on recommending sanctions against Health Minister 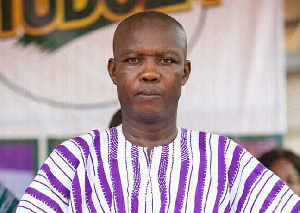 A member of the Parliamentary Committee probing the procurement of Sputnik vaccines by government through middleman Sheik Al-Maktoum has disclosed why the ad-hoc committee’s report to Parliament recommended no sanctions against Health Minister, Kwaku Agyeman-Manu.

Mr. Bernard Ahiafor, speaking on JoyNews’ PM Express on Monday explained that the committee worked in line with its mandate, which is to find the facts regarding the vaccine procurement and present its report to the House.

According to him, prescribing sanctions against the Health Minister is not part of the responsibilities of the committee chaired by Deputy Majority Leader in Parliament, Alexander Afenyo Markin.

“It is an ad-hoc committee and we were given terms of reference. If you look at the terms of reference, we are supposed to make a determination. So we have made a determination and laid the fact bare before the general house. So it is left with Parliament…. We are a fact-finding Committee and we find the fact, we lay it bare before Parliament and it is left with Parliament to take a decision as to the actual sanction to be meted out.

“I believe strongly in ad-hoc committees being a fact-finding committee, it is not incumbent on us to say that this is the kind of punishment that is supposed to be given to the minister. We have done our work and we have brought the fact to Parliament, it is left with the entire house to make a decision”, he told host, Aisha Ibrahim.

For Mr Ahiavor who also doubles as the Member of Parliament for Akatsi South, recommending sanctions to the House was not the best move, as the House, regardless of such recommendations, would take its own decision on the matter.

“Remember, whatever the Committee may even come out with by way of a sanction, it is not binding on Parliament. Parliament will have to make a decision, therefore, we thought it wise to make the fact known to the general house to enable the House to take a decision,” he stated.

His comments come at a time when the Minority in Parliament and members of the general public are calling for the immediate resignation of Mr. Agyeman-Manu.

This is because although the Minister told the Committee during investigations that no amount had been paid to Sheik Al-Maktoum, the committee in its report proved otherwise.

The report that was laid before Parliament noted that the Health Minister paid 50% of the contract sum to Messrs Al Maktoum prior to appearing before them.

Following this revelation, some Ghanaians and NDC MPs including Muntaka Mubarak have questioned why the ad-hoc committee in its report, failed to recommend any sanctions against the minister as the report also stated that the Minister breached constitutional provisions with regards to Parliamentary approval and the Public Procurement Act.

Also, the Minority is peeved over 2nd Deputy Speaker of Parliament, Andrew Amoako Asiamah’s decision to call off a vote on the fate of the Health Minister.

Minority Leader, Haruna Iddrisu, nonetheless, says his side of the House will not back down on their push to get the Health Minister out of the job.

Meanwhile, Mr Kwaku Agyeman-Manu has written to Sheikh Al Maktoum to refund the money for the non-supplied doses of Sputnik vaccines.

“By this letter, I also wish to formally request for the refund of the remaining amount for the non-supplied doses, which should be the total amount paid to your office, minus the amount due for the 20,000 doses you already supplied, in line with your earlier e-mail dated 25th July, 2021, in which it was affirmed that on the 13th of April, 2021, funds were transferred into your accounts as fifty percent (50%) advance for the initial batch of 300,000 doses,” parts of the letter read.