Staging CAN 2015 on time will be 'almost impossible' - Kofi Amoah - MyJoyOnline.com

Staging CAN 2015 on time will be ‘almost impossible’ — Kofi Amoah 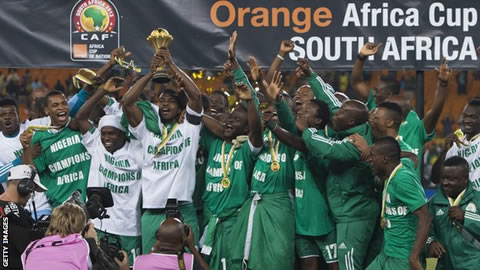 It will be almost impossible to stage the 2015 Africa Cup of Nations on time, says the man who organised the 2008 tournament in Ghana.

Morocco was due to stage the 2015 Cup but was removed as host after expressing fears over the Ebola virus.

The Confederation of African Football (Caf) insists the tournament will go ahead on time, starting on 17 January.

But Dr Kofi Amoah told the BBC: "It could be a sham. I don't think there is enough time for anyone to do it."

Caf said earlier this week that several countries had applied to stage the relocated event, and that a decision would be made in a matter of days.

But Amoah believes that any country that steps in faces a "gargantuan" task to stage the tournament with just 65 days notice.

"It could become a disgrace to African football," Amoah told BBC World Service. "60 to 70 days will not be adequate for most countries.

"There is a lot of stuff [to do]. Accreditation systems, security, which is very important. Without that it'll be a mess."

Amoah says he supports Morocco's decision to ask for a postponement of the tournament.

"I don't think Morocco should be penalised. [They've done this] to protect the whole of Africa," he said.

"All the things that come into human necessity come into play and it would be best to postpone it."