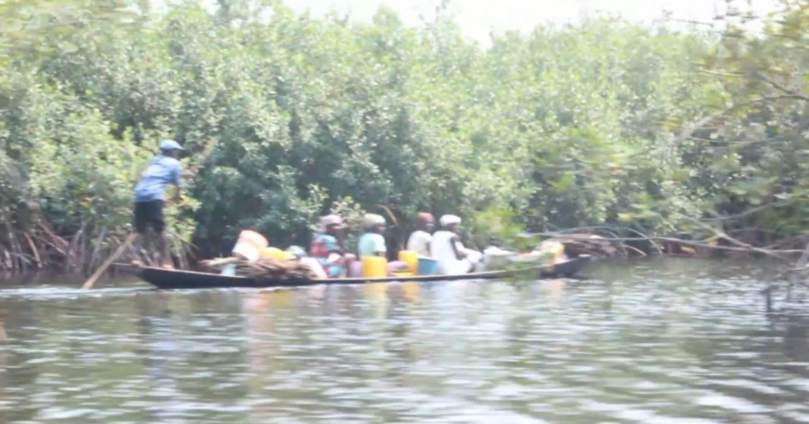 An NGO, MANCOGA has organised a workshop for stakeholders and media on mangroves as nature-based solutions to coastal hazards in the Keta and Anloga districts.

The Project Lead, Dr Edem Mahu, stated that there are several challenges that confront the coastal environment such as erosion and flooding.

The eastern coast has been one of those areas that have been highly affected and impacted negatively in terms of tidal waves, disasters and flooding.

“We can all attest that is among one of those areas that have been highly impacted by all the issues that we are talking about,” Dr Edem Mahu said.

Dr Mahu noted that, over the years, the authorities have been trying to address some of these issues on Mangroves restoration and other issues affecting the coastal areas by mainly using infrastructure or hard engineering processes.

He added that it is also necessary to combine science or engineering with natural solutions which can greatly benefit the areas and the people.

She said, the above natural solutions, in addition, will also add value to the mangrove ecosystem because MANCOGA is doing its best as an organization to address the issues of pollution, coastal erosion and flooding and also other added benefits because the mangroves support and provides several ecosystem services in improving the fisheries as well as proving fisheries

“The east coast is one of those areas that we can all attest that is among one of those areas that has been highly impacted by all the issues that we are talking about. Over the years, we have been trying to address some of these issues mainly using infrastructure or hard engineering processes but the science is also pointing to the fact that hard engineering when combined with nature, actually provides more effective solutions,” Dr Mahu said.

Dr Mahu noted that issues are caused by pollution, erosion and flooding but also we also looking at other added benefits because the mangroves supporting the EPA system will provide them several ecosystem services from helping to improve the fisheries to even providing fisheries.

They also are a carbon sink. And so, we are even looking at ways by which we can add value to ecosystems.

Dr Mahu gave a number of key elements joined together to form a Theory of Change by MANCOGA which are, identifying goals and assumptions, backward mapping, connecting outcomes, developing indicators, identifying interventions, and writing narratives among others.

Executive Director of the Keta Ramsar Centre NGO Bright Mawunyo Adzagba noted that his organization and the SEA salt Solution have over the years planted a lot of mangroves in the islands of Fuveme and Bomigo and other places.

Mr Adzagba noted that it was very necessary for residents to cultivate the art of planting mangroves because mangroves can be used to address coastal erosion adding that with the partnership with the University of Ghana and MANCOGA to protect the coast of Ghana.

He noted that mangroves are supper trees due to their carbon sink used to mitigate climate change as well as a breeding place for fish especially when they are not cut down but left so the fishes get bigger and many for the fisher folks to catch.

DISCLAIMER: The Views, Comments, Opinions, Contributions and Statements made by Readers and Contributors on this platform do not necessarily represent the views or policy of Multimedia Group Limited.
Tags:
Mangroves
Workshop