‘State of Play’ asks ‘What has politics got to do with the anti-LGBTQ+ agenda?’ 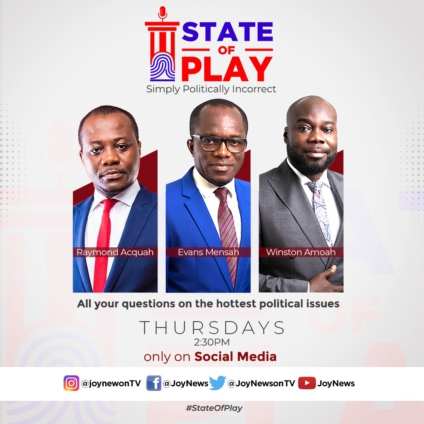 We have always thought that the only time you see New Patriotic Party (NPP) and National Democratic Congress (NDC) MPs agree strongly on a matter is when it’s about their ex gratia.

Why not? There’s something in it for them. It’s about their own interest.

But this month, we have learnt one more thing about strong bi-partisanship.

We now also know that several, even a dominant number of NPP and NDC MPs have one voice on the Anti-LGBTQ+ bill.

At least eight MPs from either side of the house are sponsoring a bill that criminalises LGBTQ+.

With strong western-backed advocacy for sexual minorities, how did our MPs find themselves on a dangerous coalition course?

What is in it for them? Or its really about upholding the widely held position of dominant interest groups of organised religion?

On the ‘State of Play’ today, we discuss the politics of sexual morality and ask ‘What has politics got to do with the anti-LGBT+ bill?’