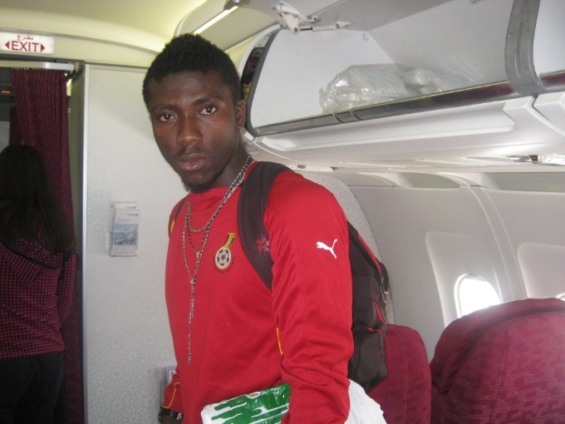 Black Stars goalkeeper Stephen Adams says he is grateful to God for his call-up into the senior national team for a friendly against Montenegro next month.

The Aduana Stars goalkeeper has been included in the squad announced by coach Kwesi Appiah on Monday for the friendly with the Brave Falcons on 5 March.

The match against Montenegro forms part of the Black Stars preparation for the World Cup in June.
The game will be played at the Stadium Pod Goricum in Podgorica and will kick-off at 1800 local time.

"I am grateful to God for the call-up into the Black Stars," Adam said.

"I am just happy that my hard work has been seen and rewarded. I just want to push on now that I have a call-up and I fight to be a mainstay in the Black Stars ahead of the World Cup."He added

The Aduana number one goalie exhibited his exploits in the just ended CHAN competition where he aided the local Black Stars to pick silver and believes when given the opportunity he will surely keep a clean sheet against Montenegro come next month.