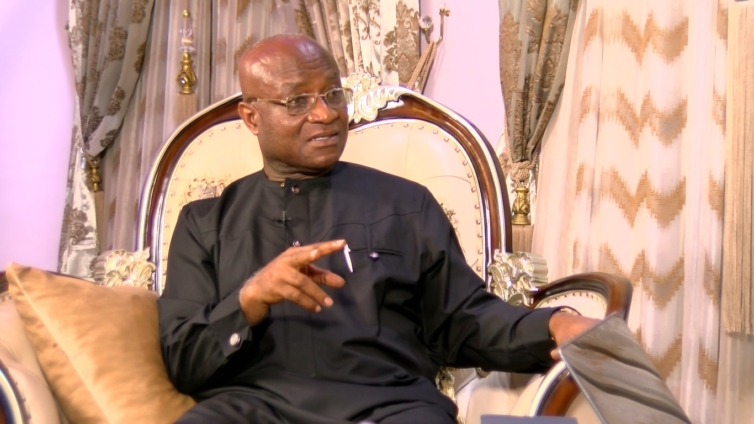 Member of Parliament for Suame, Osei Kyei-Mensah-Bonsu has assured his constituents that the deplorable Suame roundabout- Maakro stretch of the main Kumasi-Techiman road will be completed in two months.

The Majority leader gave the assurance while he was speaking in an interview on Top Story, Monday.

According to him, the contractor constructing the road has given his word in that regard.

“He [contractor] told me as I said, that he is going to start the overlay in three days. It is a dual carriageway. He has just started one side, after he finishes that one side, he will then have to move to the other side of the carriageway. I am looking at the maximum one and half or at latest two months, he should be able to finish that stretch of road,” he told Evans Mensah.

Construction of the road, which started three weeks ago, was suspended by the contractor midway due to a shortage of bitumen.

Osei Kyei-Mensah-Bonsu, however, said the contractor has returned to site and work will continue.

According to residents in the area, the poor road is not only hampering businesses in the industrial hub due to the dust it emits, but also threatening lives.

On Friday, the residents who were agitated staged a protest to express their displeasure with the Suame MP for failing to fix their roads.

Earlier today, the MP who was in the area to inspect work done on the road was booed by residents over the poor road network in the area.

A vehicle of the MP for Suame, a constituency in the Ashanti Region, is reported to have been pelted with sachet water and other items such as coconut husk.

It took the timely intervention of the Police to whisk him to safety as the residents descended on him by throwing items his way.

In an interview with JoyNews, Mr. Kyei-Mensah-Bonsu appreciated the concerns of the agitated residents, “they are not happy about the state of the roads, so if they see anybody in authority, definitely they will react this way,” he said.

“Last week, here at Suame Magazine, it was a major demonstration. It had to do with the refurbishment and the reconstruction of the main highway that is from Suame roundabout… the road had developed several potholes and it was causing some accidents and because of that, the Minister of Roads and Highways awarded a contract to a contractor to refurbish the road.

“In the meantime, there was massive dust on the roads which is a very busy road and the artisans were complaining that dust has taken over. Of course, they deal in spare parts – they are mechanics and when the dust settles on the parts, it makes them appear as old parts, so they are not able to sell at the prices that they have determined to sell. Apart from that, inhaling the dust was also causing sicknesses among them and that is what occasioned the demonstration,” he explained

DISCLAIMER: The Views, Comments, Opinions, Contributions and Statements made by Readers and Contributors on this platform do not necessarily represent the views or policy of Multimedia Group Limited.
Tags:
Osei Kyei-Mensah-Bonsu
suame interchange
Suame Magazine