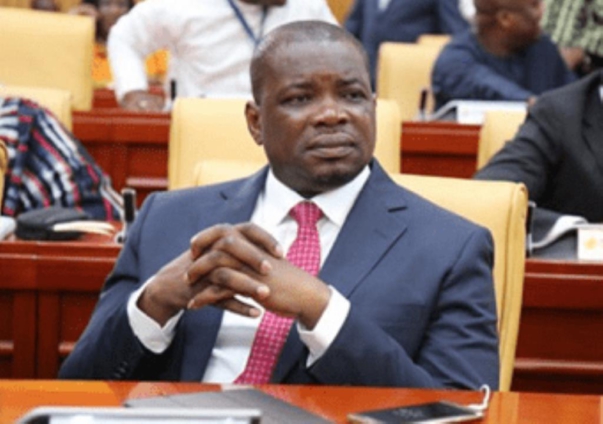 The Minority in Parliament says government must suspend the implementation of the Ghana Standards Authority’s directive that bans the importation of used cars which have no Certificate of Conformance (CoC).

On Wednesday, the Ghana Standards Authority (GSA) directed that effective January 1, 2023, all used vehicles imported into Ghana should be accompanied by a valid Certificate of Conformance from an approved body.

GSA’s directive is in line with the Customs (Amendment) Act 2020, Section 61 of Act 891 amended and related legislation.

The Customs (Amendment) Act 2020 specifically Section 61, requires that used vehicles imported into Ghana shall be accompanied by a valid Certificate of Conformance from an approved body.

But importers of used vehicles have criticised the directive as one that will collapse their businesses.

According to them, implementing the law will price out the poor from owning vehicles in the country.

Speaking to JoyNews on this development, Ranking Member on the Roads and Transport Committee, Governs Kwame Agbodza called on GSA to suspend the directive.

“I want to call on the Ghana Standards Authority to hasten slowly, probably suspend the implementation on this basis.

The Adaklu MP argued that more stakeholder consultations must be had prior to implementation. He warned that the implementation of the directive will fail if stakeholders are not consulted.

“Since we passed the law, I am not aware that the Ghana Standards Authority even approached the relevant committees in Parliament – Transport, Trade and Industry to tell them about the implementation process plan. I am not sure that GSA has done any stakeholder consultation between used vehicle traders, mechanics etc for everybody to be on board,” he said.

He added that the Trade and Industry Committee in Parliament is ready to haul the Ghana Standards Authority before Parliament to discuss the roadmap for the directive.

DISCLAIMER: The Views, Comments, Opinions, Contributions and Statements made by Readers and Contributors on this platform do not necessarily represent the views or policy of Multimedia Group Limited.
Tags:
certification of conformance
Minority
used vehicles