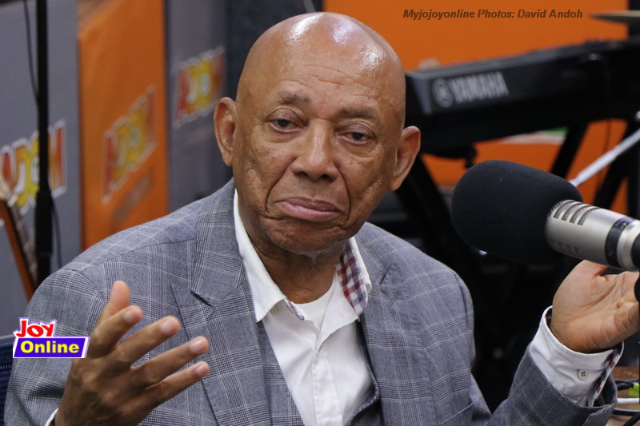 A former head of the Commission on Human Rights and Administrative Justice has said the constitution of Ghana neither defines the meaning or scope of conflict of interest.

Emile Short who spoke on Adom FM Friday on the back of recent allegation of conflict of interest involving the Chief Executive of the Public Procurement Authority added that ‘the Conduct of Public Officers Bill 2013’, which among other things explains what conflict of interest is, is yet to be passed by Parliament into law.

The President on Thursday directed CHRAJ to investigate allegations of conflict of interest leveled against Mr. Adjenim Boateng Adjei, Chief Executive of the PPA.

It follows investigations by freelance journalist, Manasseh Azure Awuni which revealed that Talent Discovery Limited (TDL), a company incorporated in June 2017, has won a number of government contracts through restrictive tendering at the time he was the PPA boss.

The investigative piece which aired on Joy News showed further that of the two directors and shareholders of TDL, one of them is the CEO of the PPA, Adjenim Boateng Adjei.

Writing to the PPA, secretary to the president, Mr. Asante Bediatuo said “I am directed by the president of the Republic to refer to the Commission of Human Rights and Administrative Justice allegations of Conflict of interest made against Mr. Adjenin Boateng Adjei, Chief Executive Officer of the Public Procurement Authority in a documentary titled ‘Contracts for Sale a Manasseh Awuni Investigations’”

Resisting the temptation to comment on the merit of the case involving the embattled PPA boss, Commissioner Short said the time is due for Ghana to define what constitutes a conflict of interest situation and related offenses such as gift taking and asset declaration.

He revealed that this has been a battle the Ghana Anti-corruption Coalition has been involved in since 2013 but it is yet to make progress.

“The Ghana Anti-corruption campaign has been calling on parliament to pass this bill as quickly as possible because it is a very critical and important piece of legislation in the fight against corruption,” he said.

In the face of a lack, Commissioner Short explained that over the years CHRAJ has been relying on a draft guideline the organization did to determine complaints of conflict of interest.