Suspension of road toll: Roads Minister must consult Attorney-General on the right thing to do – Legal expert 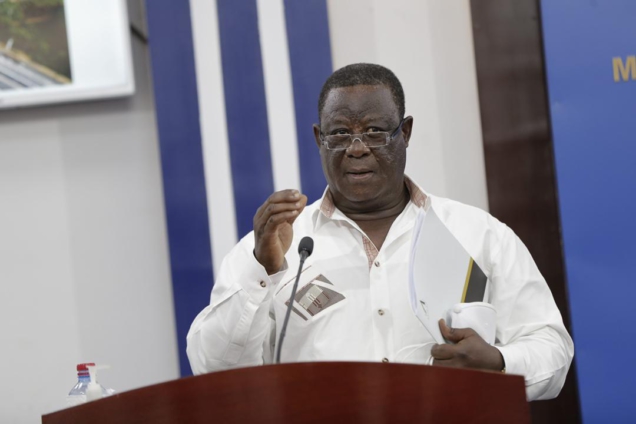 Head of Ahmed Legal Consult, Musah Ahmed, has asked the Roads Minister to consult the Attorney-General, Godfred Dame on the right steps to take with regards to the suspension of payment of road toll.

Speaking on JoyNews‘ The Law, he told host, Samson Lardy Anyenini that the consultation is important because Mr. Kwasi Amoako-Attah faulted by directing the suspension of payment of road toll following government’s proposal to scrap the tax as indicated by the Finance Minister in the 2022 budget.

He noted that it was a mistake on the part of the Roads Minister to have issued such a directive by the use of a letter and not following due process.

Even Parliament cannot sit down and revoke a law. They have a procedure by which a law can be amended, revoked, additions can be made. Therefore, the Minister’s purported letter in my opinion was a mistake on his part,” he said on Sunday.

He therefore advised that “He (Roads Minister) should go back, contact his lawyers, in fact, consult the Attorney-General who under Article 88 is the Chief legal advisor to the government to advise the Minister.

The Minister should consult the Attorney-General as to the proper thing to do because he cannot by a fiat or letter purport to revoke it. Especially so, when the decision was contained in the government’s budget.”

It would be recalled that following government’s decision to halt the payment of tax which was subjected to Parliamentary approval per the 2022 budget, read by Mr Ken Ofori-Atta, the Roads Minister issued a directive that toll collection at the various toll booths across the country must be halted effective Thursday, November 18, 2021.

This directive was not welcomed by the Minority in Parliament who therefore registered their displeasure to Speaker Alban Bagbin.

The Speaker, after hearing the matter ordered the sector Minister to withdraw the directive since he lacked the power to do so without Parliamentary approval.

In response, the Ministry in a press statement indicated that its directive was to suspend the operationalisation of the toll and not the law.

But Mr Ahmed insists due processes were not followed by the Minister. “The (Finance) Minister himself had indicated in the budget statement that subject to Parliamentary approval. So what was the rush for?” he quizzed.

The Legal Expert expressed the view that there is still time to right the wrong that has been committed.

DISCLAIMER: The Views, Comments, Opinions, Contributions and Statements made by Readers and Contributors on this platform do not necessarily represent the views or policy of Multimedia Group Limited.
Tags:
Amoako-Attah
Attorney General Godfred Dame
Musah Ahmed
Road tolls