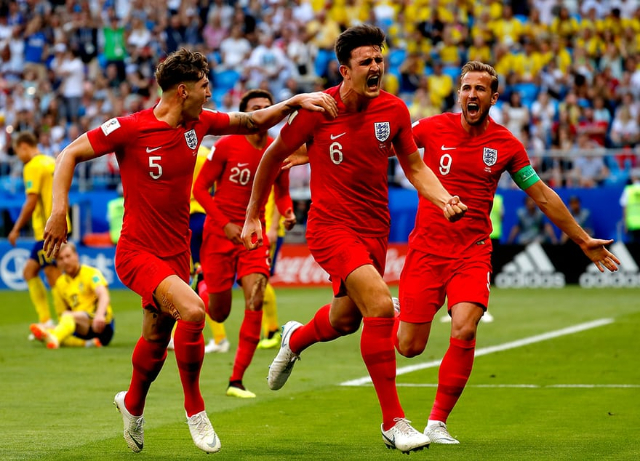 Here are seven things we learned.

WITH SET-PIECES AND CROSSES, THE 3 LIONS ROAR

This English team has definitely spent a great deal of their time practicing set-pieces and crosses. With Harry Maguire’s first goal for England, the 3 Lions have scored 7 out of their 11 Russia 2018 goals from a set-piece. Dele Alli also scored from a cross, a testament to England’s newly found aerial threat.

WHAT WAS ENGLAND’S HISTORY WITH SET-PIECES?

Before this remarkable set-piece efficiency, England had not scored from a set-piece during a major tournament since Matthew Upson’s goal against Germany in 2010. Combining EURO 2012, the 2014 World Cup and EURO 2016, England had taken 72 corners without scoring a goal. The secret? According to thesun.co.uk, Gareth Southgate spent considerable number of years in the United States borrowing ideas from the NBA and the NFL. He has also utilized homegrown innovations like decoy runs and the “love train” formation during set pieces whiles training his squad.

In the first half, England’s build-up play from the back was slow. This allowed the Swedes to maintain their defensive shape as they coped perfectly with England’s slow tempo. There was also a disconnection between the English midfielders and their central defenders which meant that the 3 central defenders had to pass the ball amongst themselves severally. The movement of the midfield trio of J. Lingard, Henderson and D. Alli weren’t efficient enough and it limited England’s attacking threat.

Raheem Sterling hasn’t done enough to justify his continuous selection by Gareth Southgate. When played through on goal in the 44th minute, he didn’t make up his mind early enough and in effect squandered that wonderful opportunity. He needs to be more clinical.

ENGLAND CHANGES GEAR IN THE SECOND HALF

In the second half, England upped the tempo. Their midfielders also got more involved with the build-up play as a result of their movements which led to the English creating a lot more decent chances.

Jordan Pickford’s goalkeeping heroics ensured that England kept their first clean sheet in the Russia 2018 world cup. With 3 “big big” save, Pickford ensured that he didn’t pick up any ball from his net.

In the history of the world cup, Sweden has never won a game in which they needed to come from behind. With this defeat, Swedes maintained that unimpressive record. They relatively had the game under control until Harry Maguire’s opener. That goal changed the narrative as they needed to come out of their defensive shell in order to get the equalizer. It never worked out as they succumbed to a 2-0 defeat.