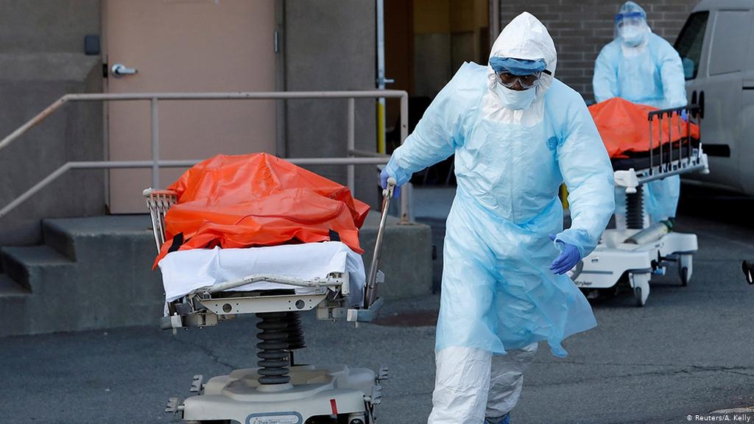 The development adds to controversy surrounding Sweden’s decision to ignore the lockdowns being imposed elsewhere, and instead leave schools, bars, cafes and restaurants open to the public.

In all, 1,033 Swedes have died from Covid-19, official figures showed on Tuesday.

Though still well below fatality rates in Italy and the U.K., it’s far worse than in any of the Nordic countries with which Sweden usually compares itself.

The latest development has prompted 22 academics to entreat the government to alter its course.

“The approach must be changed radically and swiftly,” they wrote in an opinion piece published in the Dagens Nyheter newspaper.

Lofven’s hands-off model has drawn criticism from across the globe, including from U.S. President Donald Trump. But in Sweden, government agencies and policy makers say their approach is built on the idea that voluntary social distancing measures are most effective, rather than a total lockdown.

They argue the Swedish model is more sustainable when it comes to fighting a lasting pandemic.

Like elsewhere, most of Sweden’s Covid-19 deaths have hit the elderly–a demographic Lofven has admitted they should have done more to protect.

“We have had an unfortunate development, especially compared to our neighboring countries, with an introduction of the virus at many elderly care homes,” Sweden’s top epidemiologist Anders Tegnell said at a press conference on Tuesday.

“We have started working hard on this, in coordination with other government agencies.”

The academics writing in Dagens Nyheter urged the government to adopt a number of specific measures to save lives.

“Close schools and restaurants in the same way that Finland has. All people working with elderly must wear adequate protective equipment.

“Start mass testing of all personnel that treat patients and test for antibodies so that those who have immunity can go back to work.”

DISCLAIMER: The Views, Comments, Opinions, Contributions and Statements made by Readers and Contributors on this platform do not necessarily represent the views or policy of Multimedia Group Limited.
Tags:
Covid-19
Sweden