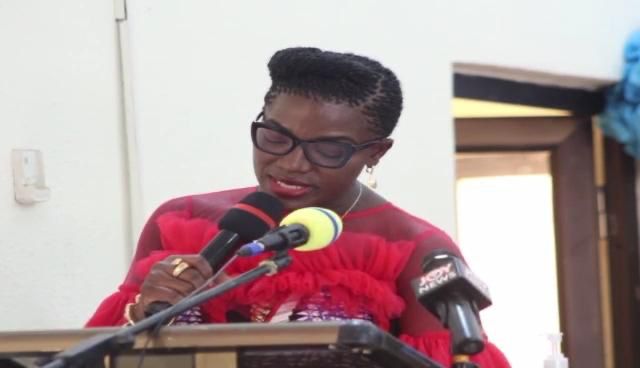 The National Schools Inspectorate Authority says it is negotiating with the Ministry of Education to begin posting trained teachers to private schools in the country.

The move is also to supply private schools with government textbooks as it’s done in public schools.
According to the Authority, the effort is aimed at ensuring equity, fairness and quality education delivery in Ghana’s education system.

The Ghana National Association of Private Schools (GNAPS) have, in recent times, been brooding over the huge operational cost in running the schools as they have had to spend nearly 50 % more of their resources to run its schools, in the COVID-19 era, than they did in normal times.

But speaking at the 27th National Conference of Private Schools in Cape Coast, Director-General of the National Schools Inspectorate Authority, Dr. Haggar Hilda Ampadu, told the leadership of the Private schools, their pleas are being considered and trained teachers that are not posted to government schools would be sent to the private schools for the sake of fairness.

“Additionally, the Authority is currently in negotiations on behalf of private schools with the Ministry of Education on some interventions such as supply of textbooks to private schools, posting of trained teachers who have not been absorbed by the public school system to the private school system,” she revealed.

She stated the reason for the move: “We believe that you are also educating Ghanaian children and should benefit from the same coffers”

Responding to the plea by the Acting President of the Association over threats to close down the private schools that are not adhering to the social distancing protocols in their operations, Dr. Haggar Ampadu advised the schools to heed to the COVID-19 protocols to avert such an action.

She assured them the schools would not be closed down if they adhered to the protocols and also decreased their numbers. “But where we continue to increase the numbers, then, you are leaving the Ghana Health Service to with no choice to recommend the closure of your schools.”

Acting President of the Association, Dr. Damasus Twurosong, indicated many private schools have folded up while others are struggling to break even as a result of the Covid-19 pandemic.

However, he says, in spite of the difficulties, they hope to pull through with the support of government.
The 10-month closure of schools, last year, he revealed, has caused them incalculable financial difficulties for their schools.

He further stated: “Not only are schools struggling to pay debts incurred last year, many schools are unable to break even this academic year owing to two major factors: first, it is 30-40% more expensive to run a private school today, in the era of COVID-19, than it was in normal times.”

Dr. Twurosong further averred, “This is the result of the need for us to supply Personal Protective Equipment (PPEs), enforce social distancing in our classrooms, school buses, dormitories, dining halls etc. Obviously, social distancing comes with the need for more space and the need to engage more staff to take care of the learners entrusted in our care.”

The Association says it would form alliances with International private school organizations and education Think Tanks and revealed the alliances have begun.

“Within one year, we shall review the GNAPS constitution and also table before Parliament a Private School Regulatory Bodies Bill,” he concluded.