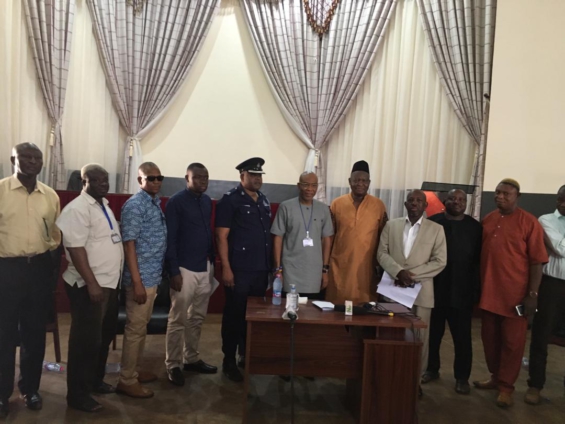 The Tamale Metropolitan taskforce will on Friday, March 20, 2020, deploy its men to enforce the President’s directive on mass gathering.

The Tamale Metropolitan Chief Executive, Ibrahim Musah Superior who announced this at a press briefing warned that the team would enforce the directive to the latter.

This, according to him will help prevent the spread of the coronavirus.

The decision follows an announcement by President Akufo-Addo banning all social gathering and closure of schools across the country.

The Mayor also said the assembly has set up a public health emergency committee to help contain the COVID-19. He said an ambulance has been dedicated solely to the fight.

Musah Superior said his office has taken a number of decisions to aid in the fight against the virus.

He mentioned the intensification of public education through radio and other traditional means, the use of public address systems, liaising with the media among others.

He said the assembly has also met with the transport unions to use their addressing system to convey information.

Mr. Musah Superior said they will also liaise with other stakeholders to provide Veronica buckets and sanitisers at vantage points across the city.

He assured that the Tamale Teaching Hospital (TTH) is well prepared to receive any suspected case when the need arises.

According to him, the hospital’s holding bay is well furnished and can take up to four cases at a time.

Mr Superior said the hospital also has a treatment centre where cases can be transferred from the holding bay.

He said 14 health professionals, eight from the Ghana Health Service and four from TTH have been sent to the capital to receive training on how to handle COVID-19 cases.

Dr. Baba Mahama Ibrahim who is in charge of the Public Health Department at TTH said they have limited the entry points to the hospital as well as provide handwashing basins at vantage points.

He said there is also a nurse stationed to take the temperatures of anyone who enters the facility in a bid to contain the virus.

DISCLAIMER: The Views, Comments, Opinions, Contributions and Statements made by Readers and Contributors on this platform do not necessarily represent the views or policy of Multimedia Group Limited.
Tags:
Coronavirus
Musah Superior
Tamale Teaching Hospital