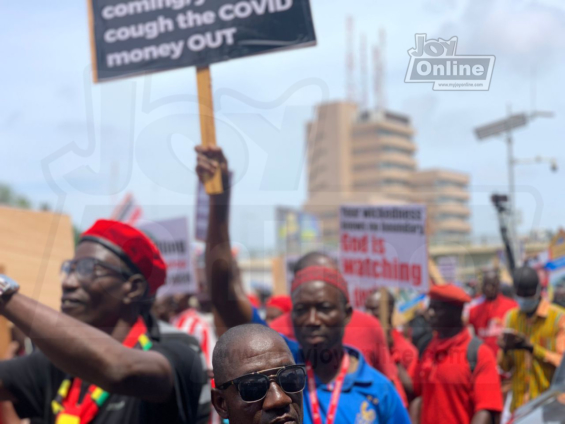 A Development Economist at the University of Ghana Business School (UGBS), Dr. Patrick Asuming, says even though tax cuts may be justified considering the current harsh economic climate, they are not sustainable in the long run.

According to him, instead of demanding for tax cuts, Ghanaians should demand better accountability and the judicious use of tax payers’ money, as well as a better management of the economy.

He was referring to demands by Arise Ghana youth demonstrators who are among other things demanding that the taxes on petroleum products be totally scrapped or significantly reduced to alleviate some of the hardships Ghanaians are currently facing.

Speaking on JoyNews’ PM Express, Dr. Asuming stated that even if the government heeds to the request of protestors and enforces tax cuts on petroleum products, it would face to solve the fundamental problems ailing the economy.

“So while some adjustments to the taxes may bring immediate relief, for me I think the most important thing is to look at addressing the weaknesses within the Ghanaian economy that has led to a point where the currency is sharply depreciating, and frankly over the last few years the economy is not doing well, and it’s not creating enough jobs for the youth.”

He further stated that tax cuts at this crucial time in Ghana’s fiscal history could deal a devastating blow to Ghana’s economy, further worsening the plight of Ghanaians.

“I think if the demonstrators were making that kind of demand or requesting that government show a little more accountability in terms of how public money is spent, I think that will be a more sustainable solution to the current problems we have.

“We may decide to cut the taxes, but the other thing is that if we decide to cut taxes today, you know, the state of government financing is such that its going to lead to a situation where our deficit will widen and our debt will widen ultimately at some point down the line you have to bring back taxes to pay off the debt,” he said.

“So I think there is every legitimate reason to ask and demand that there is better accountability and better use of the tax payers’ funds and also that the economy is better managed and ensure that we are on a sustainable path, that the currency gets strengthened and also there is growth that leads to better employment opportunities for the youth,” he concluded.