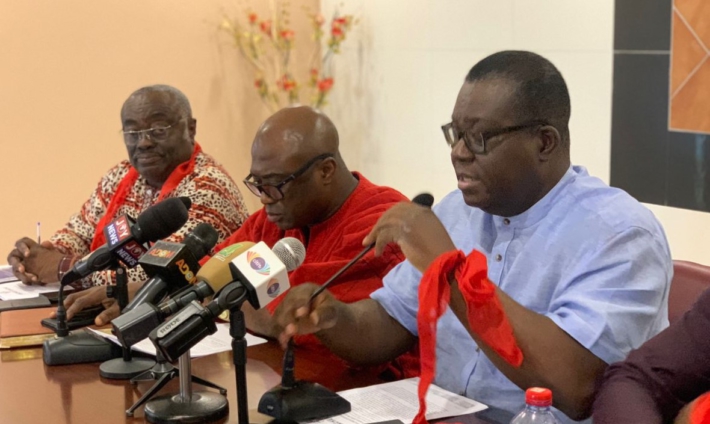 Speaking at a joint press conference on Monday, the General Secretary of the GNAT, Thomas Musah, stated that all their calls on government for appropriate action have fallen on deaf ears.

“Consequently, we have decided to embark on a strike action effective today, Monday, July 4, 2022. By this, we are informing the general public that we are withdrawing all our services in all the pre-tertiary education space – this includes teaching and non-teaching staff,” he announced.

Meanwhile, the Employment and Labour Relations Ministry says it has invited the leadership of the teacher unions to a meeting over their demands.

It, however, says only the leadership of GNAT had responded to attend, with NAGRAT and CCT yet to respond.

Once the unions are ready to show up for the meeting, it would be held, the Ministry has noted.

“I am still waiting for signals for us to meet where all stakeholders will be brought on board and the outcomes of those meetings will be laid bare to you [teachers]. Let’s keep our fingers crossed.

“The fact that times are hard is trite knowledge. It is a reality. Our largest workforce as a country is teachers, and I must confess that public sector workers must be commended,” Deputy Employment Minister, Bright Wireko-Brobbey, told JoyNews in an earlier interview.