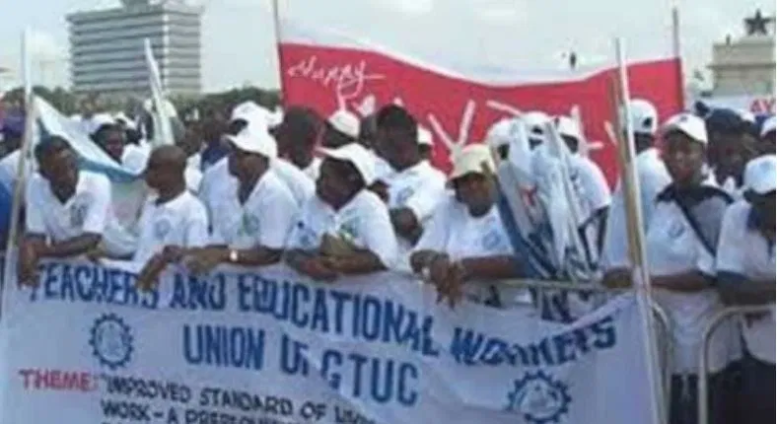 Members of the Teachers and Educational Workers’ Union (TEWU) say they will begin a nationwide strike to demand better conditions of service, Wednesday.

According to TEWU, it is regrettable that for close to two years, the Fair Wages and Salaries Commission has not been able to finalize issues on its condition of service, while members continue to work under very difficult situations.

In an earlier statement issued in December 2020 and signed by the General Secretary of Union, Mark Dankyira Korankye, and National Chairman, Ambrose Yao Kwadwodza, the Union said the continuous delay by the Commission was in ‘bad faith’.

Touching on this, the TEWU local chair at the Kwame Nkrumah University of Science and Technology (KNUST), Charles Arthur said unlike in December, the Union will only call off the strike when their demands are met.

“We’re beginning a full-blown nationwide strike in all public universities in Ghana, it’s going to be simultaneous at 10 am.

“We’ll declare strike for every member to go home. As we speak now, we’ve not heard anything from fair wages and our decision still stands that Wednesday God willing we are embarking on an industrial action i.e. strike,” he added.

DISCLAIMER: The Views, Comments, Opinions, Contributions and Statements made by Readers and Contributors on this platform do not necessarily represent the views or policy of Multimedia Group Limited.
Tags:
Teachers and Education Workers Union (TEWU)