We are within the law – TEWU on Wednesday’s strike action 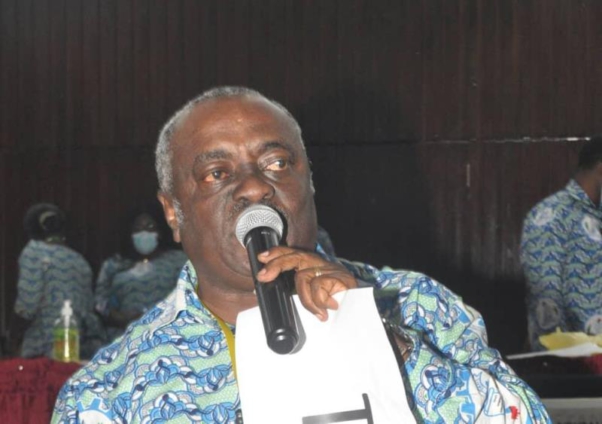 President of the Teachers and Educational Workers Union (TEWU), Ambrose Kwadzodzah has stated that the Union has breached no law in its decision to embark on a strike action on Wednesday.

Speaking on Joy FM‘s Newsnight on Tuesday, Mr. Kwadzodzah explained that the Union has followed the procedures stipulated in the Labour Act to the letter by submitting the necessary documents to the relevant bodies including the National Labour Commission (NLC).

“We notified the National Labour Commission and the appropriate bodies as stated in the Labour Act, Sections 158 and 159. We gave those notifications and the seven days have expired so we are within the law. NLC will not write to you to go ahead but we gave our notification around December 22, 2021,” he said.

Mr. Kwadzodzah is certain that no one can claim that the Union is engaged in an illegality.

According to the TEWU President, their demands have not been met since the grievances were laid before government in 2020.

He, therefore, stated that members of the Union are not happy.

“Our members are not happy. So they are starting the year with sadness. We can’t go to work when we are sad. Nobody can be working when he is sad. We all have to be joyful when working.

If you are working and you are not happy, your productivity will be very low. And we don’t want that to happen,” he told Emefa Apawu.

TEWU, which is a labour union comprising secretaries, artisans, cashiers, bursars, cleaners, administrators, accountants and other professionals who render services in tertiary institutions across the country is calling for a review of the conditions of service for members.

In January, 2021, the Union stayed true to its words and embarked on a strike action to register its displeasure.

Students of the Kwame Nkrumah University of Science and Technology (KNUST) then appealed to government to resolve the impasse as the Union’s strike was gradually taking a toll on sanitation on campus.

Later, the government indicated its readiness to dialogue with the aggrieved workers and the strike action was suspended.

DISCLAIMER: The Views, Comments, Opinions, Contributions and Statements made by Readers and Contributors on this platform do not necessarily represent the views or policy of Multimedia Group Limited.
Tags:
Ambrose Kwadzodzah
Teachers and Education Workers Union (TEWU)