Thailand’s ‘largest ketamine bust’ turns out to be cleaning agent 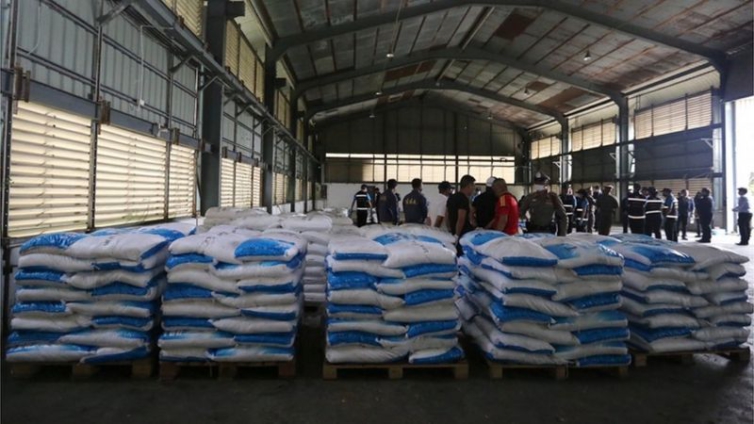 Thailand’s claim to have seized almost $1bn worth of the drug ketamine has turned out to be a “misunderstanding”, its justice minister has said.

Instead, lab tests found the substance was trisodium phosphate – a compound commonly used as a cleaning agent.

Somsak Thepsuthin said a “technical error” in field testing had led to the initial false claim.

Officials had seized the substance earlier this month, and declared it to be Thailand’s largest ketamine seizure.

Ketamine is widely used as an anaesthetic, but due to its hallucinogenic effects is also thought of as a “party drug”. It can cause serious harm to the body and be fatal if used this way.

Trisodium phosphate, a white powdered substance, can be used in stain remover, or even as a food additive.

“This was a misunderstanding that our agency must accept,” Mr Somsak told reporters, adding that there was a “technical error in the field”, according to a Bangkok Post report.

He explained that the mix up had occurred because preliminary tests, which turn purple in the presence of ketamine hydrochloride, react the same to trisodium phosphate.

But when tested again later in a proper laboratory by the Office of the Narcotics Control Board (ONCB), at least 66 sacks were confirmed to be the cleaning agent, said the Bangkok Post.

According to Reuters, there were 475 bags of the substance altogether that were found.

On 12 November, Thailand seized nearly 11.5 tonnes of white powder from a local warehouse after a tip-off from Taiwan.

“The drugs are the largest amount ever seized in Thailand, with [an] estimated value [of] 28.7bn baht ($950m; £710m) based on retail price,” Wichai Chaimongkhol, ONCB secretary-general, told reporters after the bust, according to a report by The Nation.

Mr Somsak later admitted that it “might have been premature to hold a press conference” at such an early stage, said the Post.