Thank you for believing in me – Wendy Shay celebrates Bullet 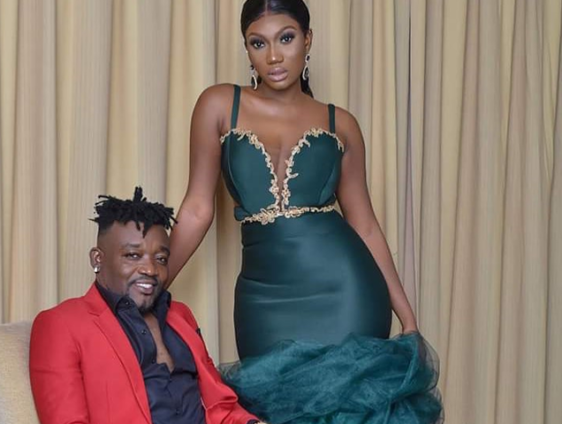 Musician Wendy Shay has taken to social media to celebrate Bullet of RuffTown Records, the man who welcomed her when she stepped into the music industry.

In her post, the ‘Bedroom Commando’ hitmaker stated that the record label boss chose to work with her despite the disapproval from some essential players in the industry.

She explained that these persons did not believe she can succeed in the industry and thus, resorted to convincing Bullet to consider his decision to work with her.

“Thank you, Boss for believing in the Talent you saw in me when No One did…you still went ahead and pushed me to the top,” Wendy Shay wrote on Instagram.

The ‘Emergency’ singer who decided to celebrate Bullet described him as the best manager in her post.

“May God continue to bless you to bring greater Artiste out. I celebrate you today and forever,” Wendy Shay added.

Bullet first introduced Wendy Shay to Ghanaians in 2018 after Ebony Reigns was named the ‘Artiste of the Year’ at the Vodafone Ghana Music Awards following her death earlier in the year.

The ‘Uber Driver’ singer had initially revealed she arrived in Ghana from Germany with only €50 in her pocket to pursue her music career.

The CEO of RuffTown Records had said Wendy Shay motivated him to stay in the music industry after Ebony’s death.

Bullet said he had lost hope in himself and thought the death of his signee would be the end of his contribution to entertainment in the country.

Following her unveiling, Wendy Shay released some of the biggest hits in her career but was equally met with criticism.

Some people called her out for wanting to sound like her late colleague Ebony while others were simply not pleased with her works.

Wendy Shay was later accused of having an affair with her manager and record label boss, Bullet.

Bullet later has disclosed that publications about him sleeping with his female musicians has cost him his relationship.

According to the artiste manager born Ricky Nana Agyemang, no female artiste he has worked with can claim he has had any inappropriate relationship with them.

Despite the challenges, Wendy Shay has gone on to release many hits, get nominated for awards, and win numerous others in her short period in the industry.