The Gambian man who took on a tyrant and made history 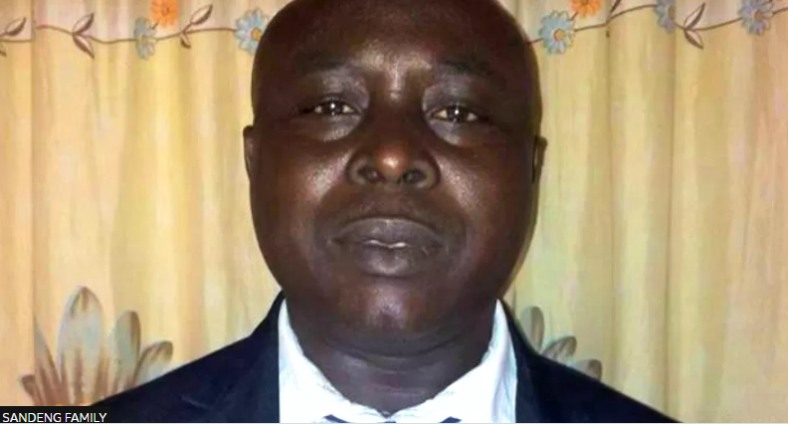 Ebrima Solo Sandeng was not in the traditional mould of an African freedom fighter. He was not an Amílcar Cabral, liberator of Guinea-Bissau and Cape Verde, or a Thomas Sankara, the anti-imperialist revolutionary who led Burkina Faso – two men slain before their life’s work was done.

But as an opposition politician in The Gambia he stood up against tyranny when very few dared to do so. This week – nearly seven years after his murder – he was honoured at a state funeral.

Sandeng’s fight was against the small West African nation’s electoral laws – legislation designed to perpetuate oppression and unfairness, allowing then-President Yahya Jammeh to remain in office indefinitely, having initially come to power following a coup in 1994.

In addition, opposition candidates were only given two weeks to campaign and feature on the national broadcaster, while the president’s nationwide meet-the-people tours were given blanket coverage.

In April 2016, armed with nothing more sinister than a megaphone, the 57-year-old led a march demanding change.

But in full view of the public, and caught by mobile phone cameras, he and some other marchers were manhandled, arrested and bundled into a vehicle.

News soon emerged that they had been beaten, tortured and, in Sandeng’s case, it was feared he had been killed by members of the notorious National Intelligence Agency (NIA).

Two days after his arrest, when he had not been produced in court and with the rumours gathering pace, his family and members of his United Democratic Party took to the streets, demanding that they wanted him back “dead or alive”.

Disappearances and killings were not uncommon for those considered a thorn in the side of Mr Jammeh’s regime.

It could be argued that his death and the march that took place two days later were the pivotal events – they lit the spark that eventually led to Mr Jammeh losing the presidential election eight months later.

People had simply had enough.

After initially refusing to budge, Mr Jammeh finally went into exile after his defeat and the repressive measures used during his 22 years in power were exposed by the Truth, Reconciliation and Reparations Commission (TRRC) set up by the new government.

Evidence given at the TRRC led to the discovery of Sandeng’s body in Tanji, a small fishing village.

The corpse was exhumed in 2017 and, at the request of the attorney general, forensic experts were employed to analyse the remains.

They built a case against his killers, with evidence that the abrasions and traumas on the remains proved he had been tortured to death and had not died of “shock and respiratory failure”, as a fake death certificate that later emerged stated.

In July last year, the High Court convicted five members of the former NIA – and the doctor who provided the death certificate – for their role in his killing.

Sandeng’s widow and his nine children never let his memory fade and were in court when they were convicted.

For those wanting to bring international attention to Sandeng’s case, he was hailed as The Gambia’s Steve Biko, a reference to South Africa’s renowned anti-apartheid activist who died in detention in 1977.

But for most Gambians he is remembered as an ordinary man who showed extraordinary bravery.

His cousin said he had been warned that his march could be dangerous, but Sandeng had replied: “Please don’t advise me; I will fight to the end. This is a point of no return.”

The turnout at his funeral this week attests to this courage. It was attended by his family and many other dignitaries, including senior cabinet ministers.

Though a couple of ironies were noted on the day he was laid to rest.

The funeral rites in the capital, Banjul, were conducted at a monument originally built to commemorate Mr Jammeh’s coup. Known as Arch 22 (the number being a reference to the date of the coup, 22 July 1994), it has since been renamed Never Again Arch.

And for all the fine words and the eulogies, the electoral laws Sandeng fought to change and died for are still on the statute books.

The most fitting memorial to the man considered a hero in The Gambia would be to repeal them.

DISCLAIMER: The Views, Comments, Opinions, Contributions and Statements made by Readers and Contributors on this platform do not necessarily represent the views or policy of Multimedia Group Limited.
Tags:
Ebrima Solo Sandeng
Gambia