‘The rains have been excellent this year’ – Agric Minister 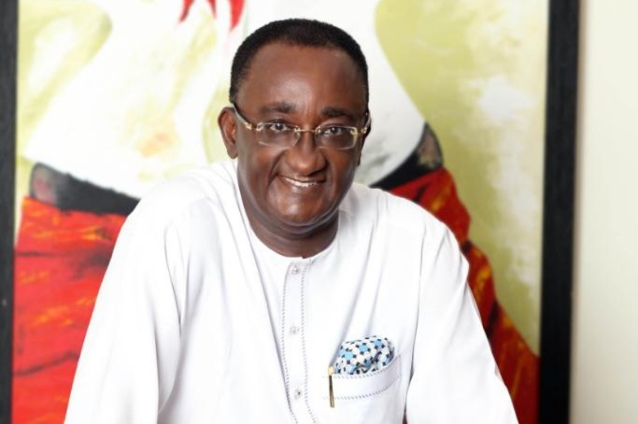 The Minister for Food and Agriculture, Dr. Owusu Afriyie Akoto, says the rains this year has been rather excellent and could yield very good results for Ghana’s crop production sector.

According to him, during his 8-day tour of the 5 forest regions, he noticed that the excellent rain pattern this year had caused farmers to plant more and the plants were looking healthier.

He believes this would boost harvest in the harvest season.

“The rains have been good. The rains have been excellent this year. To the extent that all along, on your left right, wherever you went you could see that the plants are very health and are really almost on the verge of being harvested, that is, maize and the other tree crops, cassava, plantain all over the place.

“And wherever we went in the 5 regions they recognized that indeed the rains this year, May this season, has been excellent. So it has encouraged a lot of farmers to plant,” he said.

“Normally because of the climate change rains in the major season are very erratic so farmers have learnt over the years to plant during the minor season which is August September rather than March April May. But this year, because the rains have been consistent and have been good a lot of farmers are out there very very busy,” he added.

The Minister was on JoyNews’ PM Express elaborating on the government’s agricultural policies in the face of food inflation.

According to him, the critics of the government’s Planting for Food and Jobs policy are being unrealistic when they blame recent food price hikes on the alleged failure of the policy.

He insists that the policy is thriving and yielding astounding results just as envisioned by the President when he launched the programme.

According to him, such results can be seen in the Agriculture sector’s 8.4% last year even amid the Covid-19 pandemic.

He argued that the cause of food inflation in the country is as a result of external factors affecting the local agricultural industry.

“I’m just coming from spending 8 days in 5 forest regions, there’s a lot of food in the system. In the enclave of Bono East, Techiman going all the way to Ejura that enclave, physically we saw something like 25,000metric tonnes of maize from last year’s harvest packed there waiting for buyers. So for me if you say high prices of food and therefore the policy has failed, you’re not being realistic,” he said.

Meanwhile, Dr Owusu Afriyie Akoto, has scored the government’s Planting for Food and Jobs policy a 100%.

According to him, the impact of the policy in Ghana’s agricultural sector has been astounding and he’s hopeful the policy will continue yielding phenomenal results in the coming years.

DISCLAIMER: The Views, Comments, Opinions, Contributions and Statements made by Readers and Contributors on this platform do not necessarily represent the views or policy of Multimedia Group Limited.
Tags:
Dr. Afriyie Akoto
Planting for food and Jobs