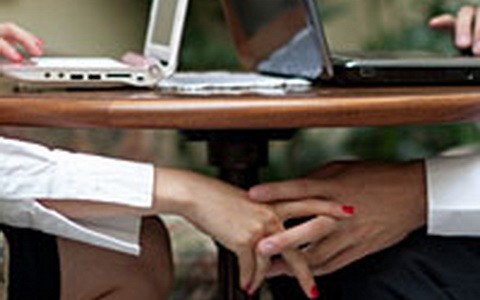 Viagra has dramatically altered the entire dating landscape. The sex lives of the young, middle-aged and the old will never be the same.

Take young men. No longer must a young man be worried about his performance or about having a few drinks before “hooking up.” He can pop a little pill at the beginning of the evening and relax, knowing that he is prepared for any conquest that may come his way.

On the other end of the timeline, there are the young women who marry old guys for their money. In order to fulfill their part of the deal, it used to be that the girls did not have much to worry about in the sex department — they just needed to be sweet “arm candy.” Now, with the invention of sexual performance drugs (SPD’s), these women have their work cut out for them.

Having re-entered the dating scene at fifty after a traumatic divorce, I wondered how this pill would affect my age-group. Was it a topic of discussion on a date? Was it prevalent? Should I bring it up at some point? What I discovered was that the men who relied on SPD’s were still conflicted as to whether or not to hide their dependence on them. They did not want to be viewed as “old men” who had lost some of their mojo. But in reality, if they needed pharmaceutical assistance, they surreptitiously popped a pill just in case.

But one man who I dated was not quite so cool. I was fixed up with a very handsome sixty-year-old commercial artist. He was tall and fit with beautiful white hair. He had many of the same interests as I did, so we began a comfortable dating relationship. We took walks in the park with my golden retriever. We took long drives along the beach and then had a relaxed dinner. We went to the movies and spent quality time together.

After awhile, we had a clear connection and it was time for the next phase — a sexual relationship. But rather than make a move or talk about it, he simply asked, “Should I take my Viagra yet?”

Taking a pill was fine with me. That is why they are on the market, after all. The problem was the question itself. It seemed so cold and calculated and unromantic. And why not just take the pill and see what played out over the course of the evening? Asking made me the decision-maker as to whether or not we were going to have sex, and that ruined a lot of the spontaneity and fun.

When I questioned him as to why he asked, he explained that each pill cost $10 and he did not want to waste the money. That was the worst possible answer that he could give, and it ruined any interest that I had in pursuing any sort of relationship with him.

So what is the proper etiquette for taking a pill? If a man decides to take SPD’s, that is his decision and the pill should be taken privately on his own schedule. Even after the pill is taken, it does not have to be acted upon. That preserves the spontaneity as well as the fun. It does not become a pharmaceutical mandate. I certainly want to believe that it is I who is turning him on. Maybe later in the relationship the subject can be more freely discussed, but in the beginning, I vote for romance any day.