Released in 1979, The Wanderers is a lesser-known teen movie that deserves to be a classic.

You know the sort of film, don’t you? Imbued with nostalgia, full of teenage boys at burger joints and diners and in wide-finned cars, donning white T-shirts and pomaded hair.

The plots tend to revolve around the guys getting into mischief of some kind, chasing girls, bickering, and forming deep friendships; typically, these films are set against a joyous soundtrack of doo-wop and rock’n’roll oldies.

Less frequently name-checked but deeply beloved by those who know it is Philip Kaufman’s film The Wanderers, released in 1979, and based on a novel of the same name by Richard Price.

Everything about it should have made it an instant classic: its raucous sense of humour, its spirited young cast, its soundtrack full of Frankie Valli earworms, and its realism combined with romantic big-heartedness. 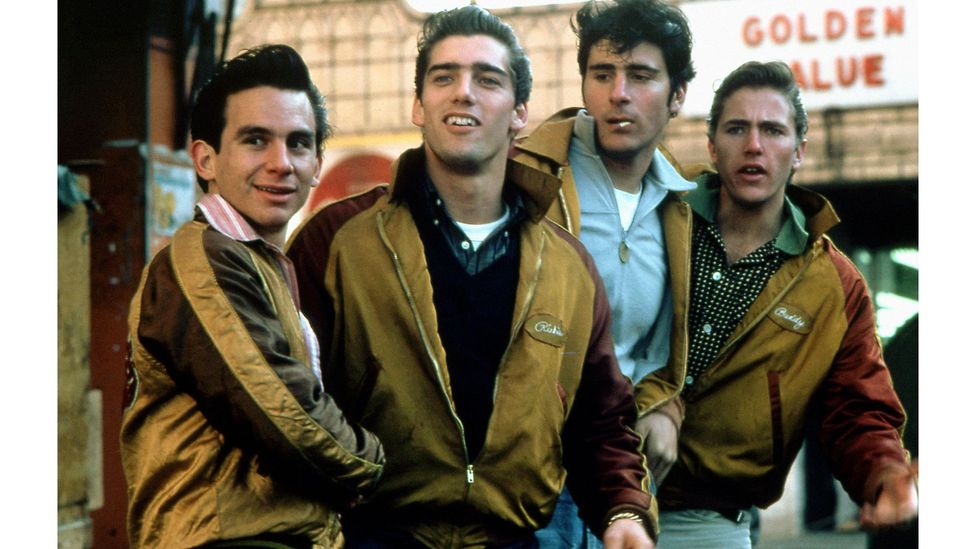 The film has been praised for its sensitive depiction of teen life, accurately capturing the ‘urban angst’ of growing up in the 1960s.

But, in the summer it was released, it fell victim to less-than-fortuitous timing at the box office.

A few months prior, Walter Hill’s very different contemporary teen gang movie, The Warriors, came pelting into US cinemas. Feverish and brutal, it was accused of stirring actual youth violence at cinemas around the nation, with scuffles and even stabbings occurring in theatre lobbies.

Kaufman said, “As a consequence, The Wanderers – which came out shortly after that – couldn’t get into a lot of theatres.”

The story is set in The Bronx in 1963, starring a series of young actors who were mostly first-timers and relative unknowns.

At its centre is Italian-American kid Richie (Ken Wahl) who is one of the leaders of a greaser tribe named after their favourite Dion and the Belmonts song.

He and his pals (John Friedrich, Tony Ganios) get into turf wars with other outlandish gangs, like the Fordham Baldies, enacting their high school sports rivalries in the streets.

Among the voluble, antagonistic kids is the littlest gang member, tomboy Peewee, played by the remarkable child actor Linda Manz, who died earlier this month at the age of 58.

In reverent memory of Linda Manz.

She would become best known for her role as the young but world-weary narrator in Terrence Malick’s Days of Heaven; her toughness, finally revealed to be girding some major vulnerability, is one of the most memorable parts of The Wanderers.

The Wanderers captures, with sensitivity, a pivotal change in the culture and politics of the US

They call each other pricks with ears; they terrorise the locals; they play a (now deeply inappropriate) game called ‘elbow-tit’, which is… more or less exactly what you think it is.

This unbecoming introduction is how Richie meets Nina, a dream-girl musician from the village (a young Karen Allen).

The early rumblings of ‘60s counterculture are happening in the next borough over, but it might as well be on another planet for Richie and his friends.

They spend their time talking to local mobsters in bowling alleys and dancing with girls in basements, not hanging out at folk clubs.

Thus, The Wanderers captures, with sensitivity, a pivotal change in the culture and politics of the US. 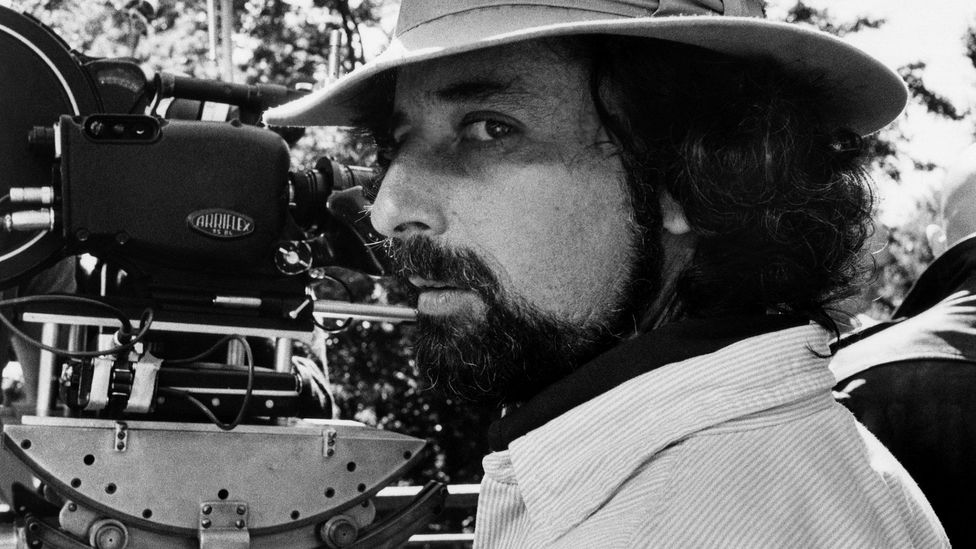 Kaufman said that “it took a long time… to find [an] audience”, expressing his happiness that the film was re-released in 1996.

The film’s director, Philip Kaufman, is an eclectic US filmmaker whose career began with independent film Goldstein (1964).

Kaufman went on to a distinguished Hollywood career, directing Westerns (The Great Northfield Minnesota Raid), science-fiction (Invasion of the Body Snatchers) and modern literary adaptations (Henry & June; The Unbearable Lightness of Being).

His film about pioneering astronauts, The Right Stuff (1983), was nominated for eight Academy Awards. As Kaufman told BBC Culture by phone, a scene where the boys in The Wanderers learn of the JFK assassination was directly inspired by how he had experienced it in real life.

“We were shooting in Chicago and we came out from lunch with a small crew and camera.

It was probably three or four men and a couple of actors and we were on this boulevard. Suddenly people are coming by crying and teary-eyed.

We followed them and moved into this store with all these TVs on, and there was the Kennedy assassination.

That was something I sort of tried to replicate in the film with Richie that same mood and feeling the tragedy. Music, politics, everything was altered at that moment.”

By turns warm, funny, and caustic, The Wanderers was revisited by critics decades later, and people were newly amazed by what they found.

Some even hailed it as a ‘lost masterpiece’. But there were others who had harboured a love for the movie for years, making their own burgundy-and-yellow bomber jackets that the gang wore.

Following a re-release of the film at Telluride Film Festival in 1996, Kaufman described his shock when “We were standing in a square and suddenly 30 people in Wanderers jackets came running out to surround us.

Everybody who was working at the festival had made their own jackets – and they were all Wanderers – they knew every line in the movie.

And I’ve been back a few times – and they keep the tradition of the Wanderers alive, up there in the mountains. And I had no idea!” 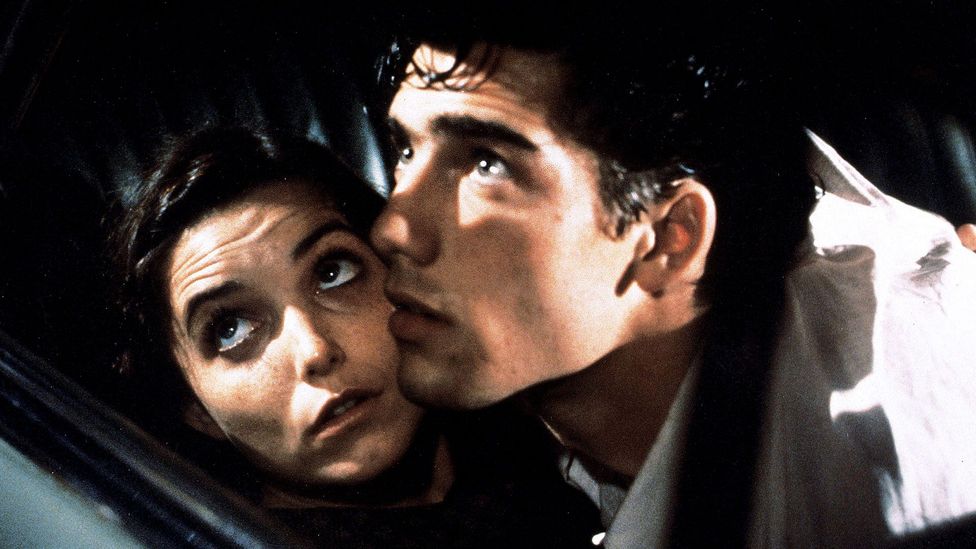 The Wanderers has been described by critics as “a lost masterpiece” and “one of the best coming-of-age films ever made”.

Still, there’s nothing idealised about Kaufman and Richard Price’s nostalgia.

There are abusive parents; neglected kids; racism; teen pregnancy. In spite of its lighthearted tone, The Wanderers is laced with melancholy, and the occasionally fantastical style acknowledges how much time can alter memory.

Kaufman explains, “When you’re small, and you look at big tough guys in the neighbourhood, they seem so much more monstrous and gigantic then you later realise they were when you’ve grown up.

So, I wanted to get that sort of perspective, which is sort of reality, but is sort of is the truth factual or is it just the way in which we experience things?”

The conclusion leaves its characters in uncertain territory, on the cusp of adulthood and needing to choose whether to fly the coop or remain fixed within their old-school backgrounds.

Nina offers Richie a brief glimpse into an alternative existence: she takes him to see Bob Dylan performing in a bar.

But Richie only watches from outside; he doesn’t go in. He and his friends must decide whether to stay in the past or step into the future. And isn’t that the crux of so many coming-of-age stories?

Kaufman’s genius lies in matching these boys’ growing pains with the growing pains of a whole nation in the early ‘60s; the result is a film that’s both deeply lovable and genuinely poignant.