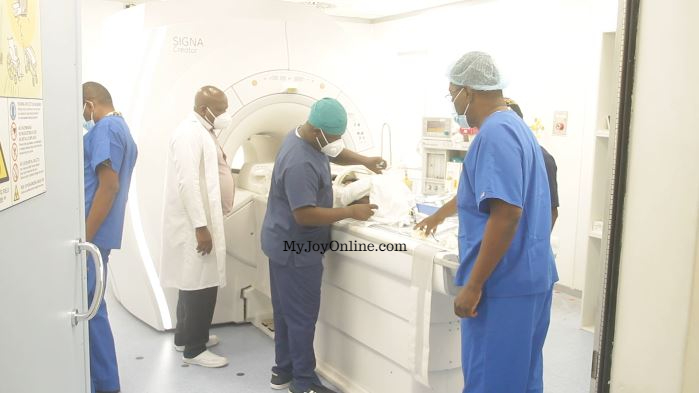 A 2021 report from the House of Commons in the United Kingdom has revealed that there are more health professionals of Ghanaian origin working for the National Health Service (NHS-UK) than in Ghana.

According to the report, a total of 3,395 healthcare workers from Ghana are working in the UK.

This is against a total of 3,236 Ghanaians working in the country as of 2021, according to statistica.com.

This development has been described by the Ghana Medical Association as disturbing. Vice President of the Association, Dr Justice Yankson, attributed the situation to poor working conditions, as well as the poor economic conditions of health workers.

“We keep seeing numbers in professions that ideally we think is absurd but that’s the reality. You go to work and you overhear professionals discussing their exit – either they are preparing themselves or in the next couple of days they may be leaving and you see it all the time.

“If you look at the situation there are various reasons, but you can summarise them as the economic – which seems to be number one – because people are employed as professionals, highly trained, with expertise that is well sought after by countries in the world over and they’re being given a pittance,” he said.

“We need to look at this whole flux around health worker employment where we do not have enough by the WHO standard but we cannot employ them because we do not have the fiscal space,” he said.

He further attributed the development to the “draconian Human Resource Policies surrounding the health sector.”

He lamented how doctors and other health professionals are denied promotion despite upgrading their knowledge and skills in their respective fields. He, thus, called on authorities to address these issues else risk losing more competent health professionals.

“We need a paradigm shift in the human resource management strategy of our health sector.

“From a human resource management point of view, in the health sector, it is diabolical and crazy that if you speak to doctors and nurses, if they even take their own time to go to school without getting a study leave and get the skills required and they even want the promotion in the Ghana Heath Service or Ministry of Health, they are denied because they are told ‘you didn’t get a study leave so you cannot be promoted.

“Meanwhile, these skills are being accepted in countries like the UK and if you frustrate someone like that who is a consultant and say I’ll still pay you as a medical officer because you didn’t get a study leave, they’ll come to the UK. So if that doesn’t change, we can talk all we want but nothing will change,” he added.

DISCLAIMER: The Views, Comments, Opinions, Contributions and Statements made by Readers and Contributors on this platform do not necessarily represent the views or policy of Multimedia Group Limited.
Tags:
Healthcare workers
House of Commons
United Kingdom