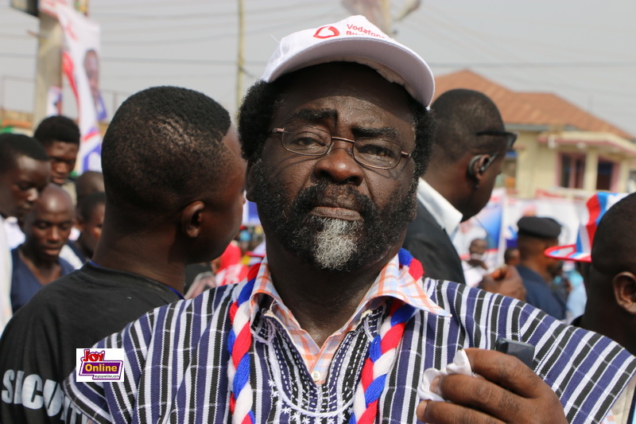 A political scientist has highlighted the reason public officials in the country refuse to resign even when they engage in activities that affronts the laws and cause financial loss to the nation.

According to Dr Richard Amoako Baah, there is no alternative job that will provide the extravagant lifestyles officials live when they are in office.

He said this while contributing to the topic, “Lack of resignation culture in Ghana Public Service” on Joy FM’s Super Morning Show on Wednesday.

“The way we set up our economy if a minister resigns, what job he can get that pays him the same amount and benefit he was getting as a Minister?

“When you add the element of Land Cruiser, forget it. That is a car he never hoped to get in his entire life. But now he’s got one for free, he’s got a driver, free fuel so why would he want to complain, so they will just keep quiet and take their pay,” he stated.

Dr Baah who was unenthusiastic about the happenings said until the country’s economy is restructured to make businesses thrive some public officials will milk the system and never resign even when found culpable.

“These politicians, especially MPs who are in Parliament, when they lose their seats it doesn’t even take two years and they come begging for help.

“So as long as we don’t have other avenues for high-ups to jump there, this is going to persist,” he stated.

On his part, the Founder of IMANI Africa, Frankly Cudjoe said it is a political taboo for appointees to resign based on personal morals.

According to him, “We don’t run conviction-based politics in this part of our world so anything that falls short of being part of the party will not countenance any sanctions from anybody.”

DISCLAIMER: The Views, Comments, Opinions, Contributions and Statements made by Readers and Contributors on this platform do not necessarily represent the views or policy of Multimedia Group Limited.
Tags:
Dr Richard Amoako Baah
Public officials