There are no hidden shareholders, Agypa Royalties is for Ghanaians – Ken Ofori-Atta 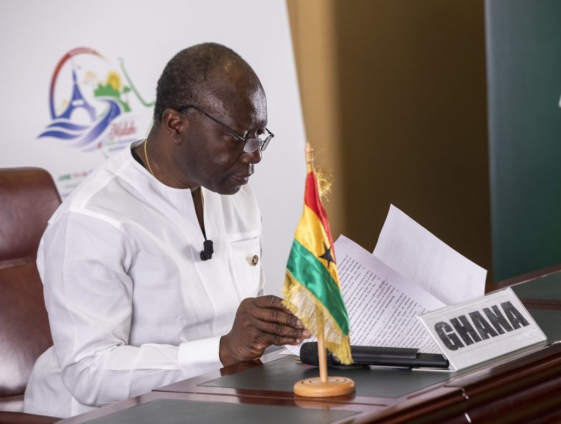 Finance Minister Ken Ofori says there are no hidden shareholders in the Agyapa Minerals Royalties agreement as it is one hundred per cent government-owned.

“It is a clean transaction as far as I know and we’re just looking for ways to maximise value and to play in the game that our multinationals play and now we have the skill set to be able to do that”, he told the press on Thursday in Accra.

He said he will not respect the deal when he recaptures power.

The Civil Society Platform of Oil and Gas has also kicked against the Agyapa Royalties deal saying it lacks transparency.

The group which is made of 15 Civil Society Organisations, under the banner Alliance for CSO said the current structure of the deal will rather hurt the economy.

“We are challenging the government to come out, disclose those who are behind these company…and if it’s indeed it is politically exposed persons, then it amounts to elite capture”,  Dr. Steve Manteaw who leads the CSOs said.

Other interest persons and bodies have also expressed worry about the deal, saying, the nation is mortgaging its natural resources against future benefits.

But Ken Ofori-Atta disagrees saying government has not sold the nation’s resources.

“There are those who say we should be careful not to mortgage or sell today, the gold in the ground for future generations. First of all, this is not the case,” he emphasised.

“But I have two questions for those who raise these concerns. if it is OK for the foreign investor who holds the concession to sell what is in the ground upfront, then why not us? But more importantly, why is it OK to borrow today for the future and not good to use our resources to leverages assets for tomorrow”, he pointed out.

“We must be creative to expand our sources of raising income to support our development. We are in a hurry to catch up. Every year, every generation we wait, we keep people and families stuck in the abyss of poverty and suffering”.

Based on the agreement, Agyapa Royalties Limited (ARL) will be listed on both the Ghana Stock Exchange and the London Stock Exchange for investors to buy and sell their shares.

But the MIIF will remain the majority shareholder.

According to Ken Ofori-Atta, listing Agyapa on the London Stock Exchange will reposition the country’s investment environment and open up to several opportunities for the nation.

“We are excited about the listing of Agyapa in London by the end of the year. It creates the first royalty company of that nature in Africa”, he mentioned.

“It is really sad that for a country that has been mining gold since the 15th Century with the Portuguese we still don’t have any international listing company either in gold or even cocoa.

“This must come to an end and we believe this is a strong statement to register Ghana’s presence going forward”, he explained.

Debate of the Agyapa Royalty deal will never end anytime soon because of the brouhaha associated with it vis-à-vis the team constituted by the government to bring the deal into fruition.

Should John Mahama win the December elections and he refuses to acknowledge the company, what happens to its existence?

Should there also be abrogation of the deal, will it lead to a judgment deal?

DISCLAIMER: The Views, Comments, Opinions, Contributions and Statements made by Readers and Contributors on this platform do not necessarily represent the views or policy of Multimedia Group Limited.
Tags:
Agyapa Royalties Limited
Shareholders