There were no casualties in the Kasoa shooting incident – Hawa Koomson 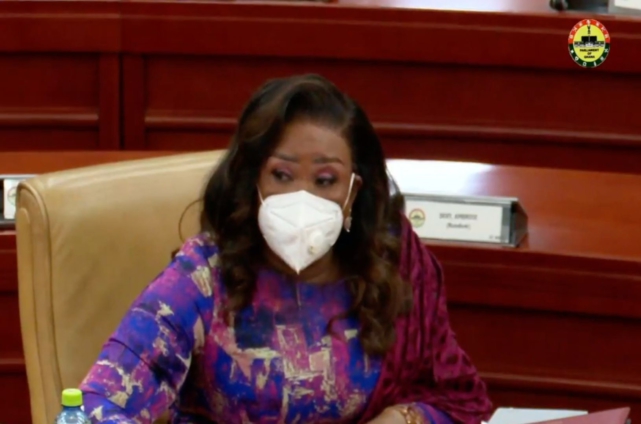 The Awutu Senya East MP has indicated that there were no casualties in the Kasoa shooting incident which occurred during the 2020 voters registration exercise.

According to Mavis Hawa Koomson, her shots were “fired into the air” and were not targeted at Constituents who had queued to be registered.

“I would want to create this impression that I gave a warning shot in the air, it was not directly to anybody that day,” she said.

Also, “the polling centre was in a compound in a house and the incident happened out of the compound,” she clarified.

Her comments come during her vetting Thursday, where she responded to various questions pertaining to her previous role as the Special Initiatives Minister, the Kasoa shooting incident, as well as her new role as the Fisheries Minister.

The MP for Asawase Muntaka Mubarak, who sat on the panel inquired of her if she had visited any of her constituents who were involved in the incident to ascertain the extent of the casualties, damages or losses that may have resulted from the incident.

But the Minister-designate for Fisheries and Aquaculture maintained her position, stating categorically that, “to the best of my knowledge no one got injured”.

During her vetting, she rendered an apology to the committee and the entire public for the act and further appealed to the Committee not to comment on the issue since the matter is being investigated by the police.

However, explaining circumstances that led to the incident, she indicated that she fired the shots at a point when she felt her life was being threatened.

“It was in self-defence when I felt my life was in danger,” she said.

On Monday, July 20, 2020, during the voters’ registration exercise, the MP fired a gun at a polling station during a scuffle between herself and her NDC opponent, Phyllis Naa Koryoo Okunor.

Subsequently in an interview with Adom FM, the Awutu Senya East MP admitted to firing the shots claiming that the move was to protect her life.

However, during her vetting Thursday, she described the incident as “unfortunate” and further stated that “I wish it never happened.”

“I want to seize the opportunity to apologise to the people who were scared that day,” she added.