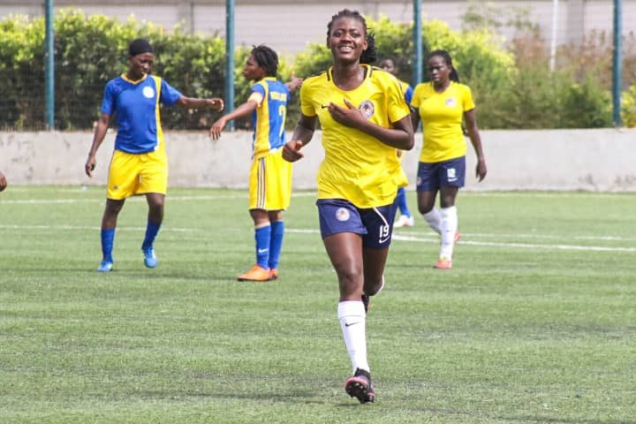 In the 2021/22 season, women’s football looks to have been in the shadows of men’s football in Ghana with the Division League receiving very little attention even with the rise of games having to come to an abrupt end.

In the last two games in the GARFA DOL has seen two games have to end in the early stages of the encounter with injuries being used as an excuse.

The two incidents adds to three cases which were recorded earlier on, a situation the Ridge City bankroller believes is quite disturbing but believes has been the case because of a lack of support for women’s football.

“We don’t have enough players who are serious in the women’s league. We are just not supported,” Nketiah told JoySports.

“Women’s football we are not getting enough support and the few people who have the courage or the time and the energy to put together a club are not supported well enough for them to take it seriously.

“So I think we need to look beyond the fact that these games are just being cancelled and figure out what is the cause of it. We need to support the women’s game to help people who are interested to raise teams, do what they need to do to ensure that the league is played to the fullest capacity,” she concluded.

DISCLAIMER: The Views, Comments, Opinions, Contributions and Statements made by Readers and Contributors on this platform do not necessarily represent the views or policy of Multimedia Group Limited.
Tags:
Cleopatra Nketiah
Division One League